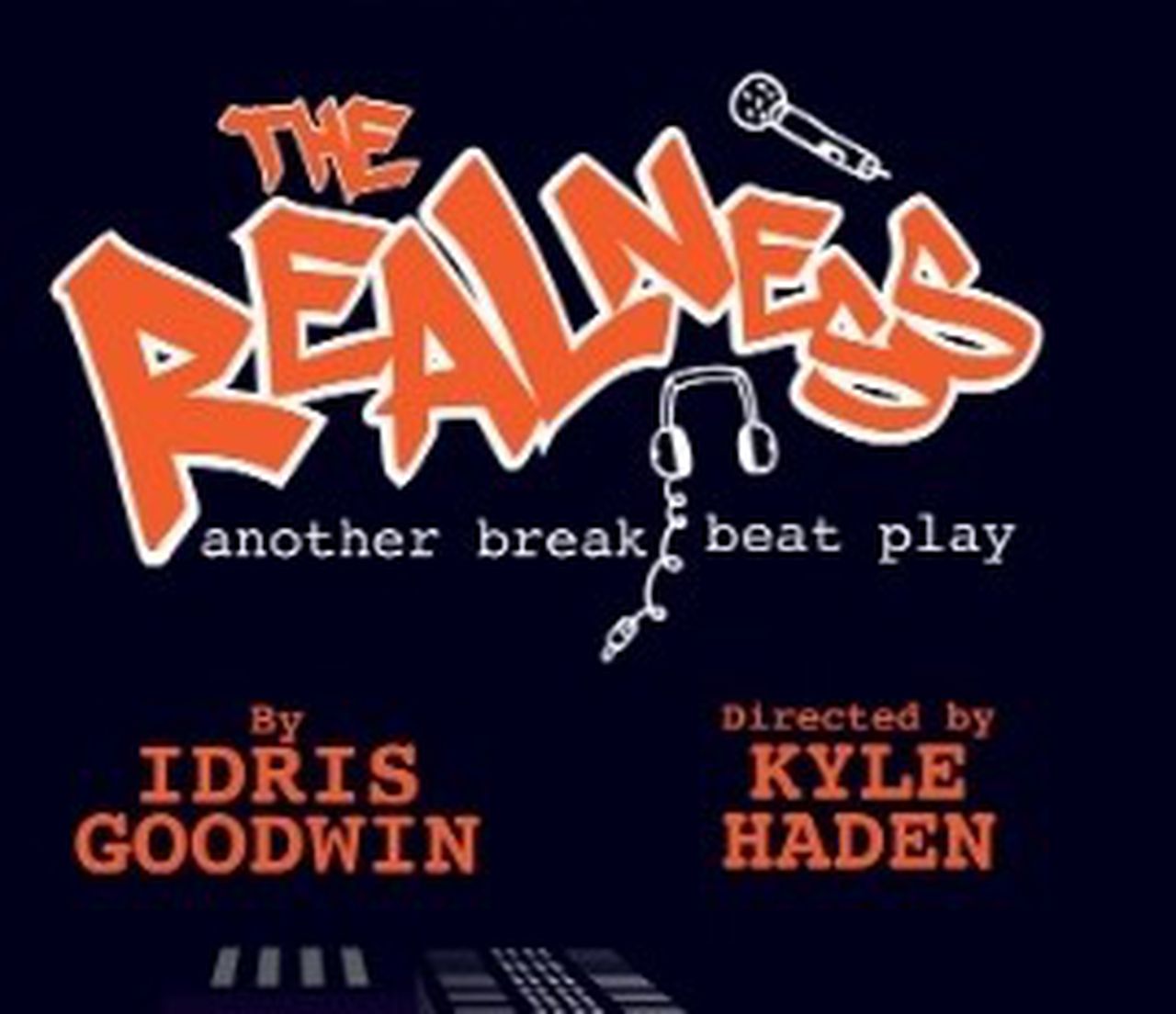 The word ‘challenge’ begins and ends with the letters that spell ‘change.’ To shift our position in the world — to get out of the rut of what’s easy and tread a new, more bumpy path — is to risk making mistakes.

The Hangar Theatre is not playing it safe as evidenced by its five-play 2021 summer schedule and its new outdoor theater space. In responding to Covid-19 and Black Lives Matter, they’ve met the challenge of change with deliberate, thoughtful choices to keep the audience safe and the broader community represented — not just season subscribers but the larger multicultural population of Ithaca, NY.

‘Not playing it safe’ means that Hangar isn’t kicking off its season with a well-known, popular, audience-favorite musical like “Once” or “Sweeney Todd” — the second and third shows on the schedule — but instead opens with “The Realness,” a look back to the late 1990s through the eyes of its Black protagonist who is documenting hip-hop culture and its influence on society. Billed as “another break beat play,” it’s written by Idris Goodwin, a playwright, poet/performer, and essayist. The show made its world premiere in March 2016 at Merrimack Repertory Theatre,

“The Realness” is one in a sequence of break beat plays by Goodwin. According to the playwright, the term describes “a rhythmic musical loop, born from the ‘breakdown’ sections of funk, soul, disco, jazz, and rock records…to which MCs rhyme,…a dynamic crossroads of limbs and language…the foundation of hip hop performance.” Inspired by August Wilson’s Century Cycle — ten plays about the Black experience in the 20th century — Goodwin was inspired to create a cycle of his own: “The Break Beat plays explore hip hop’s effect on the poly-cultural American character of the last 40 years. They fuse traditional theatrical tropes with that of hip hop music and performance.”

Directed by Kyle Haden, “The Realness” begins in 1996 and is told through the eyes of T.O. (Damon J. Gillespie), an eighteen-year old who bursts onto the stage with his own narrative beat: “I got out of the burbs and landed in the belly…I was urban renewed.” A longtime hip hop fan, he sees his escape from a predominantly white suburb to a college in the city as his chance to immerse himself in a culture he’d previously viewed as a visitor. “I had arrived, I was here to tell stories,” he explains. “College was just the catalyst. It was not the dream.”

To him, the city is “not a melting pot. Call it an urban buffet” — one he’s eager to sample. He listens in on conversations around him and compares the average city dwellers’ lives to the overachieving freshman that populate his classes: “People I go to school with could be A.P. warriors, but these people here are real.”

One night at a club, a female MC (Angelica Santiago) appears onstage, and T.O. finds his purpose: “The moment I saw Prima rockin’ that mic, I was over.” But instead of the typical ‘meet cute,’ they argue over the work of Tupac. He discovers she’s the girlfriend of rapper Lord Style (Rasell Holt), vows to break the two up, and masquerades as a hip hop journalist launching a new magazine, hoping to interview Prima for the cover story. The play follows T.O. as he tries to pitch his journalism professor (Kiziana Jean-Louis) on the idea of writing about hip hop, his pursuit of Prima, and the impact of two pivotal events that shook the hip hop world that year: the deaths of Tupac and the Notorious B.I.G.

The ideas behind “The Realness” are laudatory — placing hip hop’s influence on the culture of the late 1990s in its appropriate context — but in the same way Wilson’s own 10-play cycle has stronger and weaker elements, it feels as if this play does not represent the best of Goodwin’s work. The story arc is predictable, the characters two dimensional, and T.O.’s instant obsession with Prima happens too quickly without a believable buildup. For the most part, the actors elevate their roles. Santiago delivers a strong-willed performance, rooting Prima in the practical sensibility one would expect from a young woman who’s the breadwinner of her extended Puerto Rican family while also lending her dignity as she dreams of making it on her own. Holt’s Lord Style is a credible star-on-the-rise, sulky and petulant one moment, seizing the room with his fiery rhymes the next. Jean-Louis bounces between roles, playing the journalism professor with a ‘seen-it-all’ weariness and a club DJ with authority and edge. As Roy — a kid in Prima’s neighborhood who struggles with a stutter but slays audiences when he steps onstage as a rapper — and in various other roles, Nicholas Caycedo is on point, proving himself an incisive character actor.

Their performances makes it harder to evaluate the work of Gillespie who appeared to be having an off night. Charming, boyish, and sweet, with an uncanny facial resemblance to a young Tom Hanks, Gillespie’s T.O. wasn’t able to own the stage or the audience as effectively as his cast mates; on a scale of 1 to 10, he operated between 2 and 5 while the rest delivered between 6 and 9. My theater companion, a stage performer herself though not an actress, noted an energy shift after he stumbled twice at the beginning; she felt he wasn’t able to recover his focus. Whatever it was, Gillespie’s theater credits indicate he’s got the chops for the role; maybe it was simply opening night jitters on an outdoor stage with the threat of rain in the forecast.

Steve TenEyck’s set design conveyed a joyous vibe with the show’s title sprayed graffiti-style across the back wall, the colors urban yet playful, and his lighting design was equally appealing. Music director and sound designer Shammy Dee crafted an audioscape that captured both the city environment and the club scene. The one misstep was in the costuming: each outfit felt too new and clean, too right-off-the-rack crisp, with footwear and jeans visibly unworn — Prima’s nylon and polarfleece jacket with its dead-giveaway LL Bean logo was the biggest ouch. Additionally, the items did not feel accurate for the time period. While these are small details, they did break the ‘willing suspension of disbelief’ that is asked of audiences in the theatre.

But as was stated in the beginning, CHA-NGE bookends the word ‘challenge,’ and Hangar Theatre deserves credit for taking significant steps toward greater equity across the board. At the start of the show, Managing Director R.J. Levine and Artistic Director Shirley Serotsky acknowledged the theatre’s occupation of land belonging to indigenous peoples under the Haudenosaunee Confederacy, and explained how the new venue’s seating system addresses theatergoers Covid-19 concerns. With ample room between rows and seated patrons, and an outdoor box office and concessions area, almost all functions of the Hangar Theatre interior space have been transferred outdoors behind the building — with the exception of the theatre’s restrooms which can be accessed by patrons wearing a mask. Even the virtual program includes the preferred pronouns of the cast and crew, and on the website this extends to Hangar staff and board members as well. These efforts are noteworthy and applauded.

On the topic of sensitivity, since the Hangar Theatre is actively working toward full inclusion, it’s important to cite one issue I completely overlooked but was caught by my theater companion. I enjoyed the character Roy, the stuttering-but-flawless-onstage rapper, as did the audience, but my friend — a disabled performer and disability advocate — said, “That’s disability porn. When you have a disabled character magically transform like that, that’s a trope — and it hurts the disability community.” Her observation was an eye-opener. When she explained it like that, I grasped it: Roy’s ‘flaws’ disappearing suggest he’s better ‘normal’ — without the stutter — onstage, and impaired in his everyday life. For any organization promoting inclusion, diversity, and acceptance, disability awareness has to be part of the process of change.

Theatre al fresco is new to the Hangar, so a word of warning. The outdoor seating is attractively designed but hard on the backside, and after an hour I felt it. For your comfort, bring a seat cushion — bug spray too if you want to ensure full protection. The Hangar Theatre advises you to bring rain gear — ponchos, rain jackets, but no umbrellas — in the event of a light downpour. Their Outdoor Venue FAQs state, “Most often the show will go on, and depending on the severity of the weather, will be performed as scheduled,” meaning it’s best to be prepared.

What: “The Realness: another break beat play” outdoor live performance presented by the Hangar Theatre.

Family guide: High school and above