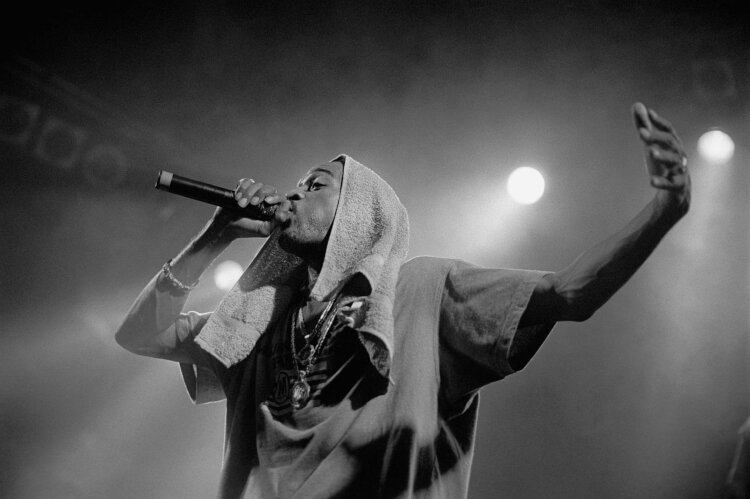 Famously known by the moniker “The God MC,” rapper and record producer Rakim will discuss his critically acclaimed book, Sweat the Technique: Revelations on Creativity from the Lyrical Genius, as part of Grand Rapids Community College’s Diversity Lecture Series.

The free virtual event is planned for 6:15 p.m. April 6. The event is open to the community, and registration is available at tinyurl.com/rsvp-Rakim.

The New York native is one-half of the golden era of hip-hop duo Eric B. & Rakim and is widely regarded as one of the most influential and genre’s most skilled MCs. The duo’s 1987 release, Paid in Full, was listed in Rolling Stone magazine’s Top 500 Albums of All Time.

Part memoir, part writing guide, the book offers insight into how Rakim thinks about words, music, writing, and rhyming as it teaches writers of all levels how to hone their craft. It is also a glimpse into Rakim’s private life, full of entertaining personal stories that celebrate the influences that shaped his development.

“The Diversity Lecture Series provides a broad platform to unpack current events,” says Dr. B. Afeni McNeely Cobham, GRCC’s chief equity and inclusion officer. “There is a concept in hip-hop culture known as ‘freestyling,’ which is the ability to improvise a rhyme (rap), dance, or DJ set. For the past year, most of us had to pivot and improvise (or freestyle) our way through day-to-day interactions to make it work. Hearing from an artist who is the pinnacle of rap lyricism and ad-lib artistic expression is the perfect crescendo to the lecture series.”

The discussion moderator is Bakari Kitwana, co-author of the book and 2020 Nasir Jones HipHop Fellow at the Hutchins Center for African and African American Research at Harvard University.

The evening will also include guest performances by PJ Da DJ and the Collec7ive, a Grand Rapids hip-hop group powered by community partner Muse GR.

Overseen by the college’s Office of Diversity, Equity and Inclusion, the series aims to connect members of the community with people who have a compelling interest in shaping a culture of inclusion and social justice.

GRCC offers learners of all ages opportunities to gain credits for degrees or transfer and in-demand career skills leading to rewarding careers. GRCC offers affordable classes on weekdays, evenings, Saturdays, and online at locations throughout Kent and Ottawa counties.