Products featured are independently selected by our editorial team and we may earn a commission from purchases made from our links; the retailer may also receive certain auditable data for accounting purposes.

Adele’s 30, one of the most hotly-anticipated albums of 2021, is set to be released on November 19, and the singer is making it available in multiple formats — and multiple limited editions.

Demand for the album is expected to be high — Easy On Me, the album’s first single, broke streaming records on every platform, garnering 24 million plays on Spotify alone on the day of its release. In her new cover story for Rolling Stone, Adele seems ready for the pressure that comes with topping her last album, 25, revealing that she’s excited for fans to hear her new music.

Like all modern albums, you can stream Adele’s 30 on services like Spotify, Apple Music, Tidal, Qobuz, and Amazon Music worldwide the day of its release, but it’s also available in a handful of deluxe physical editions through select retailers. These versions of the album come with extras that won’t be available anywhere else. In some cases, that includes bonus tracks that aren’t going to be on streaming services, possibly ever.

Whether you’re an analog or digital music listener, the Adele album bundles below are each available from a single retailer, and supplies are going to be limited. That’s especially true for vinyl, which has been more difficult to produce due to supply chain issues as a result of Covid-19.

If you’re an Adele fan — or just a record collector — here are all the different versions of 30 to add to your music collection. Pre-order these now before the album’s official release date to reserve your copies. 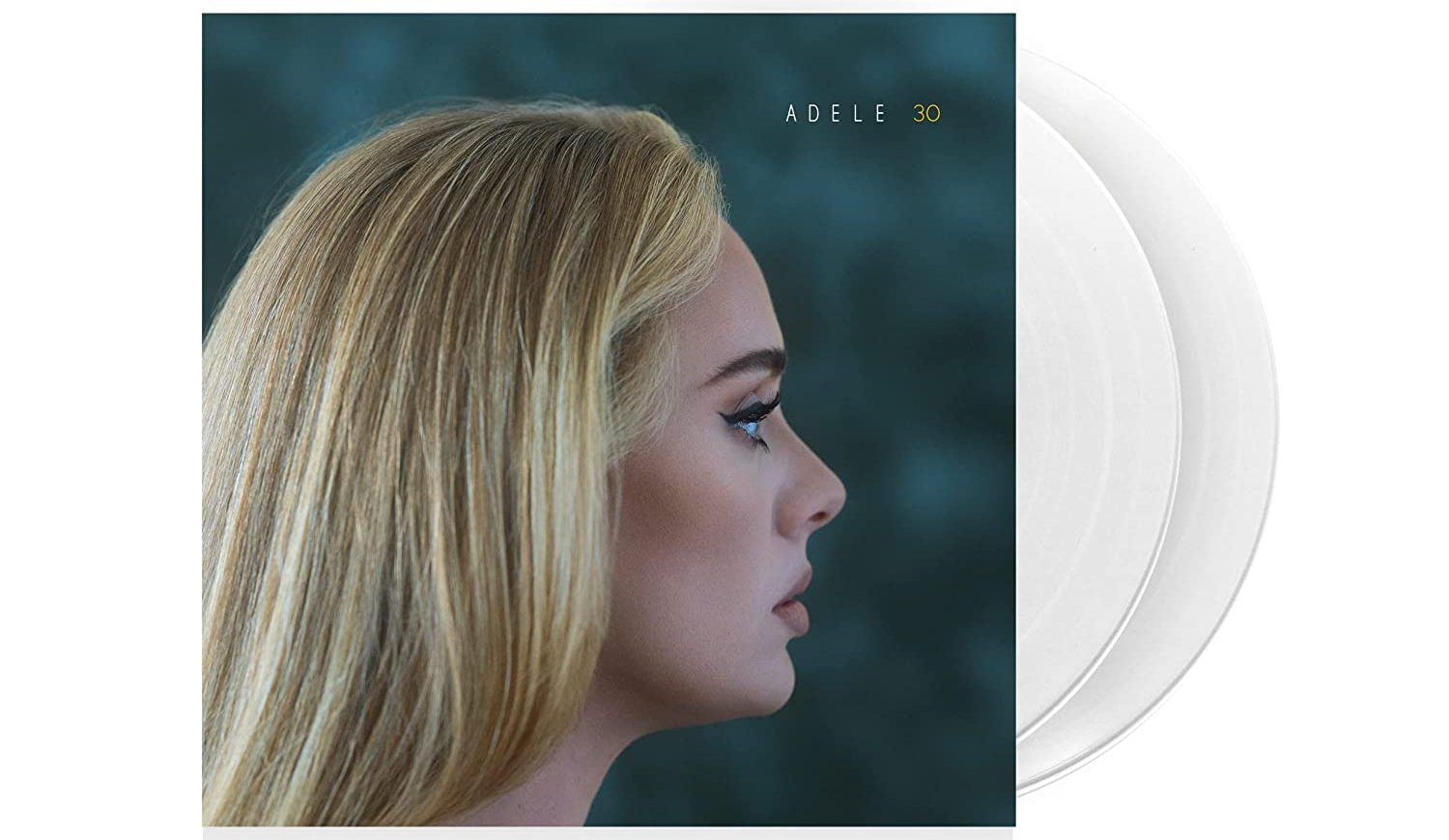 Amazon is offering a two LP version of 30 in white vinyl. It has the exact same same track list as the standard CD version of the album. Amazon is also offering a version of this double album set in black if you’d prefer the classic look of albums on your turntable. 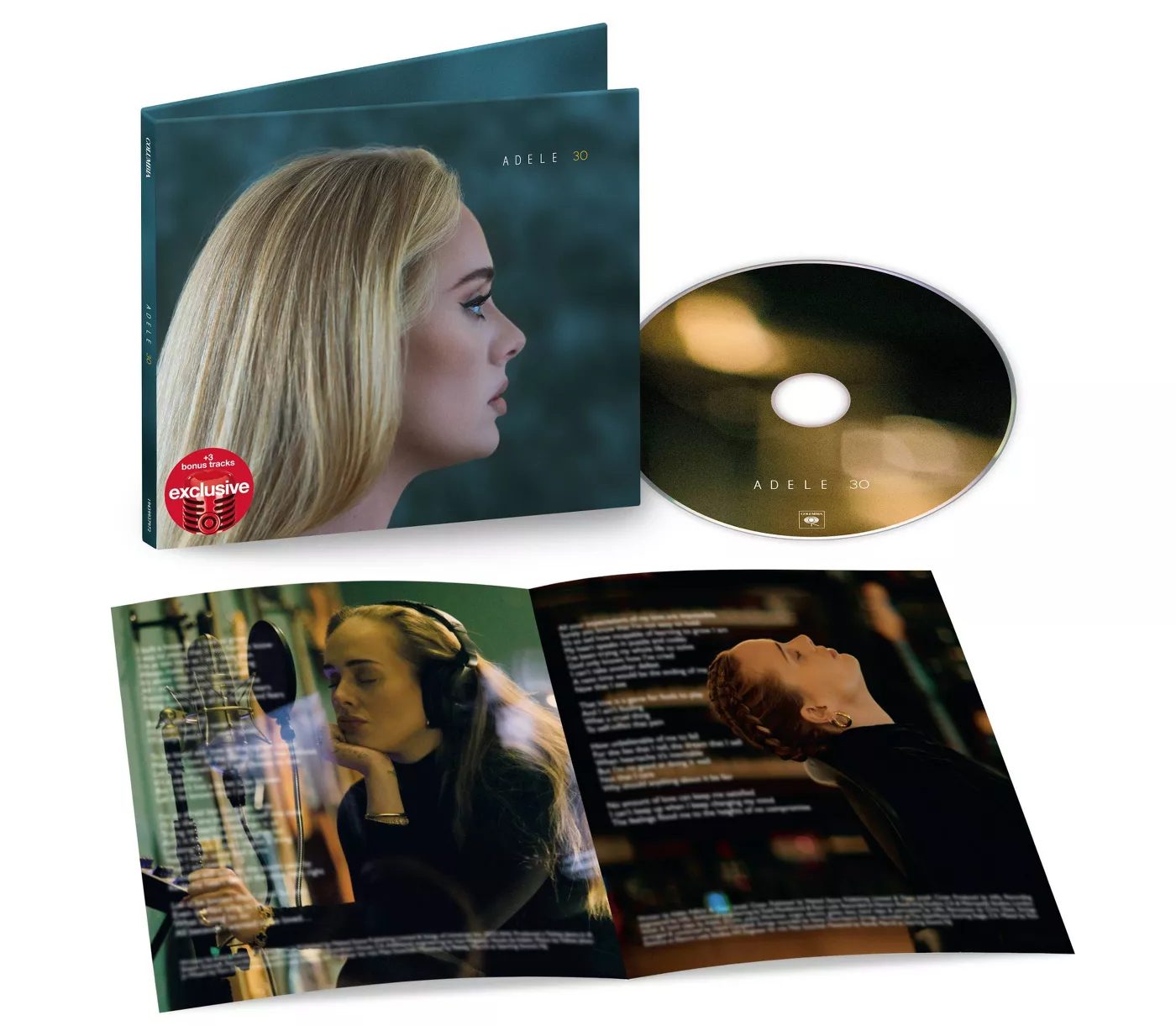 Target’s exclusive version of 30 is a CD package that contains three bonus not found on the standard or LP versions of the album. This includes the non-LP tracks Wild Wild West and Can’t Be Together, plus a version of Easy On Me featuring Chris Stapleton with a new arrangement. This version 30 is currently $2 cheaper than normal ahead of its release. 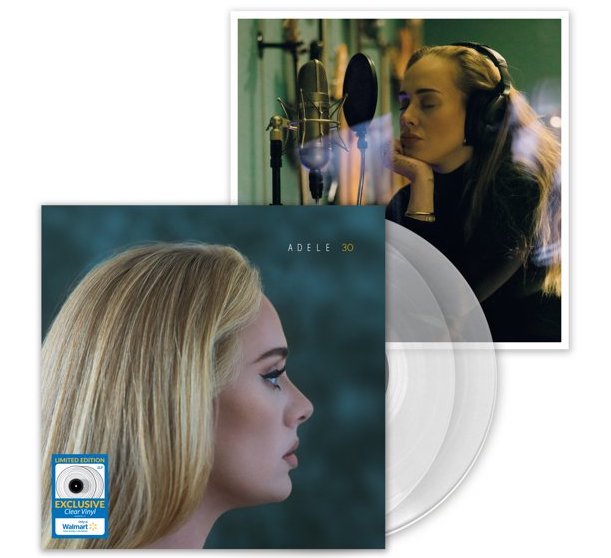 Walmart’s exclusive version of 30 includes a version of the album with the standard track listing pressed onto two clear LPs. The store is also including a 12-inch square print that isn’t available anywhere else. 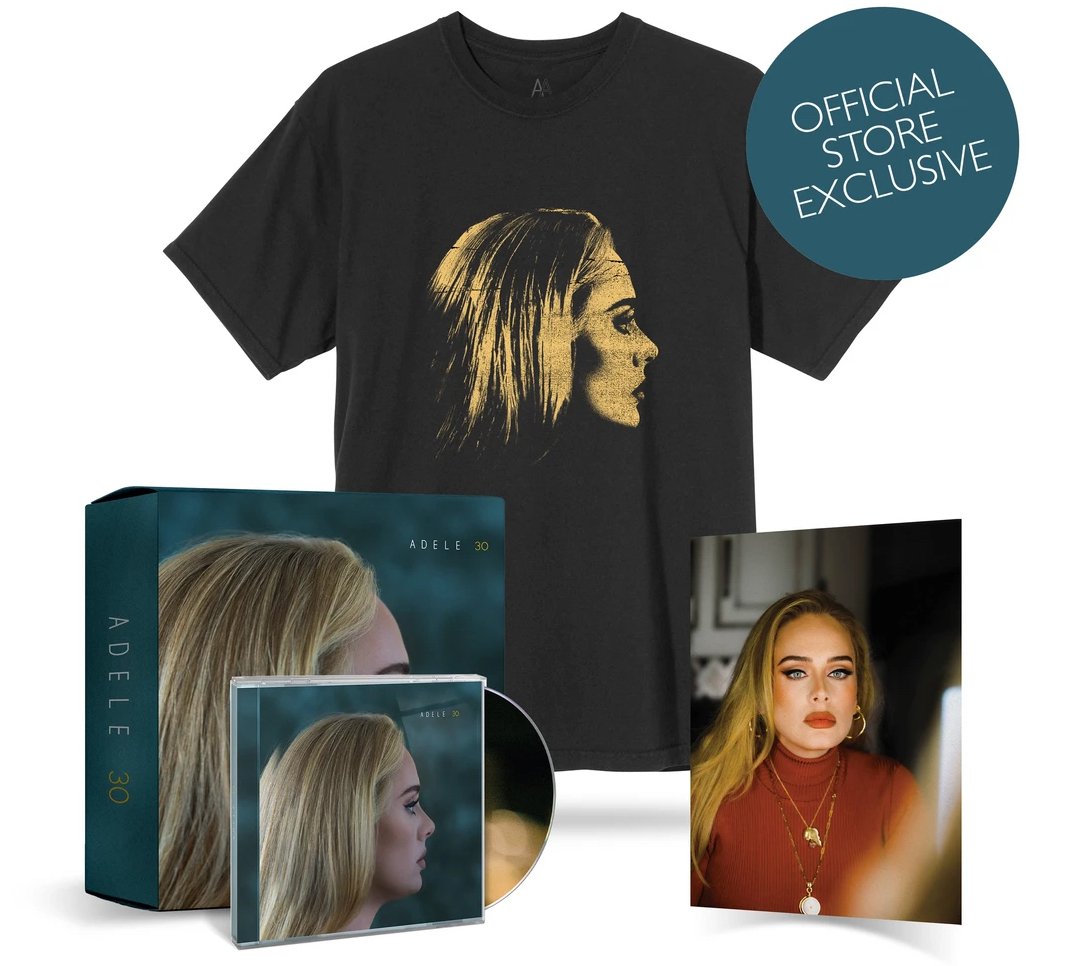 Adele’s own website is offering an exclusive version of 30 that includes a CD, T-shirt, and 5 x 7 photo print. The CD features the album’s standard track listing. Adele’s website also offers a version of this boxed set with a cassette instead of a CD for $45. 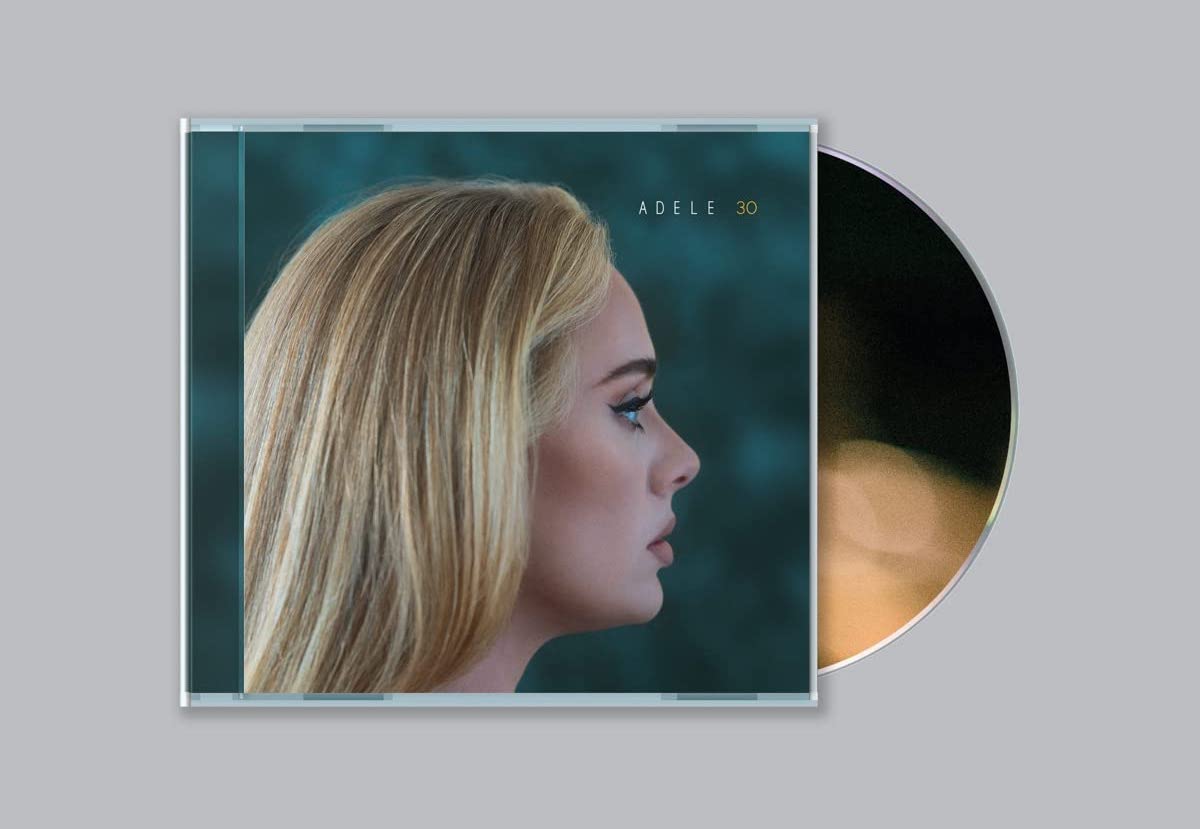 If you’re only interested in having a physical copy of 30 on CD, you can pick up the standard edition at Amazon, Target, at Walmart for roughly $10 if you order right now. 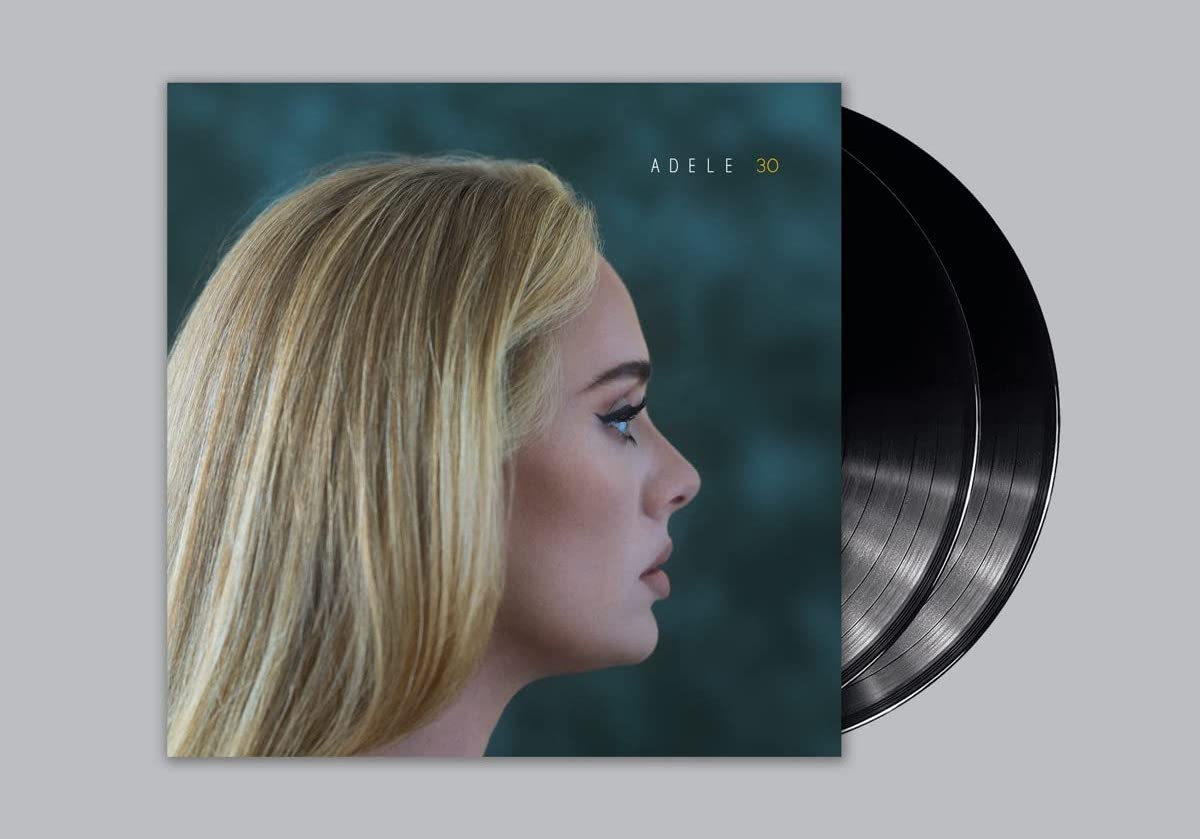 If you’d like to have a physical copy of 30 on vinyl, you can pick up the standard edition at Amazon, Target, at Walmart for $35.99 if you order right now.