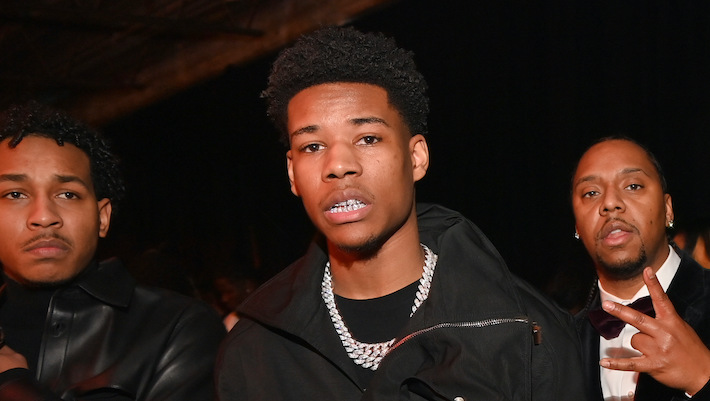 Coming from Jacksonville, Florida, newcomer Nardo Wick has explosively crossed over with his new single “Who Want Smoke” with 21 Savage and G Herbo. He continues his hot streak with another new single backed by some of the biggest names in street rap, “Me Or Sum,” tapping Future and Lil Baby for a timely assist. The three rappers share their blunt observations on transactional relationships, offering material possessions in exchange for physical affection.

Although still a relative rookie in the rap game, Nardo Wick’s breakthrough single has already charted on the Hot 100, debuting at No. 17 in October and accruing 60 million streams across all major platforms. Notoriously, Wick claims he had to shoot the “Who Want Smoke” video twice simply because the gun-laden original concept couldn’t be shared on his social media. He also featured on the Judas And The Black Messiah soundtrack last year, likely contributing to the buzz for his new music before the release of his viral single.

It hasn’t been all good news for Wick, however; in August, he was reportedly arrested by US Marshals for concealed weapons charges.

However, tapping in with big names like 21 Savage, G Herbo, Future, and Lil Baby seems to have raised his profile enough that he’s got more attention for his music than his legal issues, which is the sweet spot when it comes to crossing over and becoming a star.

Listen to Nardo Wick’s “Me Or Sum” above.