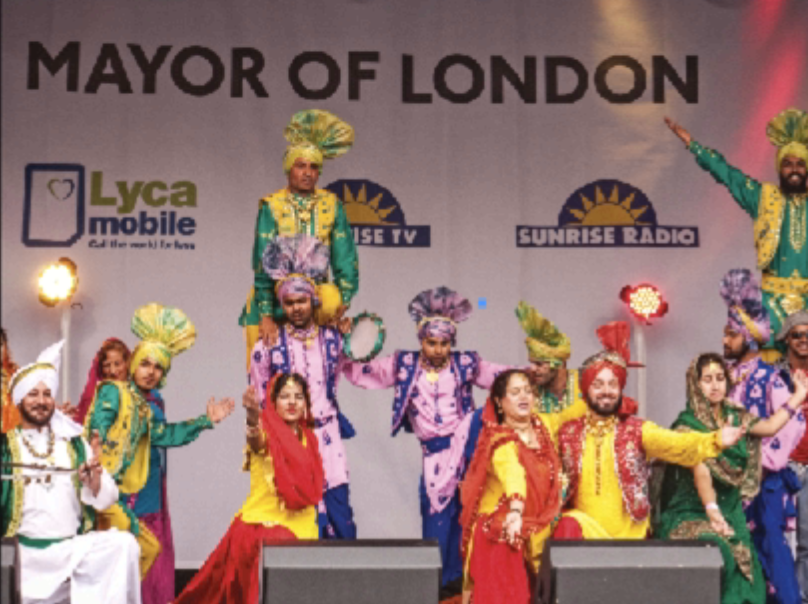 Music has long been used as a powerful vehicle to protest and make political points. If a visitor from the Indian subcontinent were to go to the Barbican Centre — one of London’s iconic centres of performing arts –– in the highly polarised aftermath of the Brexit vote some time ago, he or she would be in for several surprises. The title of the packed-to-full capacity act was ‘Brexit: A Rational Anthem for A National Tantrum’, with satirical lyrics, performed by the National Youth Orchestra of Great Britain and singers from London Contemporary Voices. It referred to Britain’s colonising past, raised existential questions, and had lyrics such as: “Where will we go, Britannia’s now gone, the new world order is rising, Brexit has finally come, what is the point, who are we now, what have we learned?”

Besides the powerful words, another surprise was that the man behind the act was Nitin Sawhney, who is less known in his roots in the subcontinent, but is a major figure in the rarefied world of British Asian music and across Britain’s mainstream music scene.

A deeply political project such as the Brexit ‘anthem’ by a non-white artiste would have been unimaginable some years ago. Sawhney, who composed and performed it after a tour across the UK, says about the project: “The current national anthem I can’t really relate to in any way. It’s about empire and monarchy. I don’t feel any affinity with any of those ideas. Britain is a dynamic place, it’s a pluralistic place, it’s a multicultural place… I find the idea of a national anthem quite strange. It’s just a piece of land where you happen to be born on, so I approached it from a satirical angle, trying to find something that for me catches the sense of what’s been going on with Brexit. It has brought a lot of ideas about nationality to a head. I am trying to make sense of the craziness. I want to twist the national anthem up, so I need to feel that it evolves into something quite different from where we begin.”

Sawhney, 56, born in London to first-generation immigrants from India, is symbolic of the integration of minority cultures and the distance the genre of British Asian music has travelled: from the closet in the 1960s and 1970s, to novelty and ‘Asian Underground’ in the 1980s and 1990s, to leading individuals moving on to perform in the mainstream in later years, like the Barbican event. Popular second-generation artistes such as Apache Indian (Steven Kapur) and Bally Sagoo reimagined and redefined the magic of music from the subcontinent, fusing Punjabi lyrics and beats with western instruments and genres such as UK pop, RnB, soul, reggae, grime and other world sounds.

Their music provided a rallying point for Britain-born youth with origins across India, Pakistan, Bangladesh, Sri Lanka and elsewhere, who were struggling with race and identity issues over the decades. Among the bands that foreground political issues are Asian Dub Foundation and Fun-Da-Mental, which draw on Indian, Afro-Caribbean and Afro-American forms to tackle Islamophobia head-on, asserting a sense of pride in Muslim and Asian identity, advancing ideas of civil rights and unity with other racialised ethnic groups in Britain.

In the world of hybrid music genres created by diaspora communities — such as the popular chutney music developed in the Caribbean — the British Asian genre is one of the most known, with several leading lights circularly gaining popularity in various countries — even in the Indian subcontinent, going on to contribute to films and other projects there. Performers whose work and appeal has crossed British shores and genres include Sawhney, Talvin Singh, Channi Singh, Susheela Raman, Nazia Hassan, Natasha Khan, Aki Nawaz, Malkit Singh, Sukshinder Shinda, Naughty Boy (Shahid Khan) and Panjabi MC (Rajinder Singh Rai); each co-produced work with leading lights of western popular music, their output reflecting complex forms of borrowing, solidarity and reciprocity between Asian and AfroCaribbean communities in Britain. Kenya-born and Southall-based Kuljit Bhamra, who was a percussionist in Andrew Lloyd Webber’s musical Bombay Dreams, is creating a chutney music band, providing another example of the circularity of flows of migration and culture.

Both Sawhney and Talvin Singh released their seminal albums in 1999: Singh’s OK and Sawhney’s fourth record Beyond Skin. OK won the prestigious Mercury prize in 1999 and Beyond Skin was nominated in 2000, while Sawhney was given the Ivor Novello Lifetime Achievement award in 2017. Several artistes have received royal honours for their contribution to bhangra and British Asian music, reflecting the overall trajectory that British Asian music has been closely linked to immigration over the decades, with the foot-tapping beats of bhangra providing the initial impetus.

Says senior academic Rajinder Dudrah, author of Bhangra: Birmingham and Beyond: “British Asian pop music has come some way since the earlier days of UK bhangra. In fact, some of the artistes who have made a name for themselves on the British and global pop scene grew up with bhangra. Artistes such as Jay Sean, aka Kamaljit Singh Jhooti, and Jasmine Walia are cases in point. Before their global success in North America and India respectively, they were performing their own UK Asian pop sounds via London, which drew on a number of musical references including bhangra and Bollywood. Bhangra has certainly been the most popular base sound, or familiar music that artistes have used and returned to time and again. Its infectious and loud dhol beats are enough to get anyone into a celebratory mood. Other regional sounds have also been used, and over the past decade we have seen the use of Sri Lankan and Tamil sounds and beats in UK Asian pop music.”

Some numbers and albums gained mass popularity beyond the British Asian community, such as Sheila Chandra’s Ever So Lonely, which peaked at No 12 in the UK Singles Chart in 1982; Apache India’s 1993 number Boom-Shak-A-Lak, which became a global sensation; Bally Sagoo’s Bollywood Flashback in 1994; Brimful of Asha — a tribute to Asha Bhosle — by Tjinder Singh’s Cornershop, which entered the charts at No 1 in February 1998, knocking off Celine Dion’s Titanic theme song My Heart Will Go On; Mundian To Bach Ke by Panjabi MC, originally released in 1998 and re-released in 2002, when it went on to become one of the best-selling singles of all time, with a remix featuring rapper Jay-Z; and the anti-racism anthem Comin’ Over Here, by the Asian Dub Foundation in 2020, featuring stand-up comedian Stewart Lee.

Two sub-genres within the rubric of British Asian music are bhangra, whose popularity grew exponentially from the vibrant production centres of London, Birmingham, Wolverhampton, Leicester and other towns in the Midlands; and the ‘Asian Underground’ movement in the 1990s, broadly based in clubs such as Anokha and Outcaste.

The dress, dance, beats and music associated with bhangra have evolved into one of the major cultural markers of the British Asian community. A folk genre of the people of Punjab regions across India and Pakistan, it first arrived after World War II in the 1950s and 1960s with the mass migration of workers from the subcontinent. Driven by nostalgia for the homeland, some vinyl records were imported intermittently and enjoyed in private homes or small gatherings of friends and family, in the wider context of racism, difficult employment and housing conditions. The first bhangra musicians emerged in the 1960s, performing in weddings, community events and gurdwaras. Two pioneering bands were Anari Sangeet Party and Bhujhangy Group from Birmingham. Another major centre was Southall, where among the fast-growing south Asian population in the 1970s was young singer Channi Singh, who arrived from Malerkotla in Punjab and went on to spark a bhangra-based revival through a group called Alaap founded in 1977.

Decorated with the royal honour of OBE in 2012, Singh, who has performed in all iconic music centres in Britain and Europe, is often described as the ‘godfather of bhangra’. He says: “When we arrived here, our youngsters did not want to listen to Punjabi music. Me and others members of Alaap gave a new dimension to bhangra, adding violin and other western instruments, with new lyrics. The music soon became popular across communities, I performed at the WOMAD Festival and many other events; people began playing the music in cars. It went to other countries too; the music gained recognition. It gave a sense of identity to our youth, who had forgotten our culture. They found cultural roots and the music brought communities together across religions. Alaap and my efforts paved the way for generations of new performers.”

Three individuals have been central in taking forward the initial impetus: tabla player and fusion music composer Talvin Singh, promoter Sweety Kapoor and DJ-producer Saifulla ‘Sam’ Zaman (better known by his stage name of State of Bengal). The trio ran Anokha Club Nights in the 1990s in London to promote budding musicians at events that attracted thousands of Asian and other youth. In 1997, they released the compilation album Anokha — Sounds of the Asian Underground, which influenced genres in several countries and is one of the key items in the story of British Asian music. According to Sawhney, the whole idea of the movement was that cultural change could occur and that Asians would feel they have a relevance and identity within the wider culture.

Says co-founder Kapoor: “The British Asian music scene in the 1990s involved different types of music artistes, clubs like Anokha and Outcaste, and Nation Records. We demanded visibility in a way that hadn’t been seen before — and we got it. It also opened up wider opportunities for Asians across the arts, including dance, television, theatre, literature and mainstream radio. Talvin Singh and his background in Indian classical music helped expose that genre to a whole generation of Asians and others alike. It’s a collective legacy. Like any such movement, it evolved, and many more young artistes and DJs who were inspired started to take the stand. Artistes such as Nitin Sawhney and bands like Asian Dub Foundation from that prolific period are still making great influential music. We need to continue the engagement and demand visibility. This scene was both creative and political, and forced a change in how brown people were perceived. The scene mutated, and today is being carried forward by a new generation of artistes, who have been taking the stage again across the creative arts and making noise — and are about to make a lot more, we need to keep demanding inclusion.”

Now a curator and creative producer of events like Ringside and Brown Girl in The Ring that showcase Asian talent, Kapoor identifies some bright sparks in the new generation, such as poet and spoken word artists Zia Ahmed and Sanah Ahsan, musical artists Ms. Mohammed, Ishani, Sarathy Korwar with his album More Arriving, besides Soumik Datta, producer Naughty Boy and singer-songwriter Joy Crookes, who, she adds, “wears her Bengali heritage very proudly and with ease, bringing it to a younger mixed audience”.

(Prasun is a journalist based in London. He tweets @PrasunSonwalkar.)

Click/tap here to subscribe to Khaleej Times news alerts on WhatsApp. Make sure you save the phone number under Contacts on your phone for uninterrupted service.