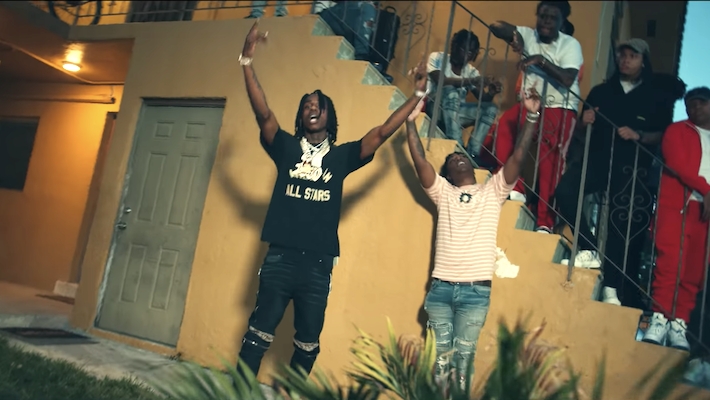 Baton Rouge rapper Fredo Bang isn’t quite a household name yet, but with his latest collaboration, he takes a massive step toward the spotlight and the inevitable stardom that awaits him. Linking up with Chicago’s breakout artist Polo G, the street-bred rapper honors his most loyal comrades on the reflective “Bless His Soul.”

The connection between the two rappers and their shared gift for melancholy recollection makes for an easygoing combination on a beat produced by DJ Choze. The video, shot by DrewFilmedIt, sees the two rappers performing their verses in front of a motel occupied by their crew as visual allusions to the traumatic experiences of their lives flash by. They also show off their muscle cars, echoing Polo’s late-verse claim that he’d purchase a “Hellcat just for racin’, f**k around and bought the dealership.”

Fredo’s Rolodex is swiftly filling up with hood superstars he’s called on to collaborate with over the past several months. While his 2020 debut album Most Hated contains appearances from Lil Baby, Moneybagg Yo, and YNW Melly, he recently reconnected with Moneybagg Yo for the video to his song “Doin My Dance.” Meanwhile, Polo G’s star continues to rise as well as he netted his first Billboard 200 No. 1 debut with Hall Of Fame earlier this year.