NEW YORK, May 7, 2021 /PRNewswire/ — Event Rap is the first-ever booking tool for custom rap content. It was founded by rapper and entrepreneur Baba Brinkman, and is currently raising money via a Kickstarter Campaign. Event Rap has signed 12 accomplished rap artists and offers services such as rap summaries of events, custom rap videos, and freestyles that capture the spirit and key messages of an event. Event Rap’s Kickstarter campaign runs until May 27, 2021 and is giving discounted prices and rewards to backers. 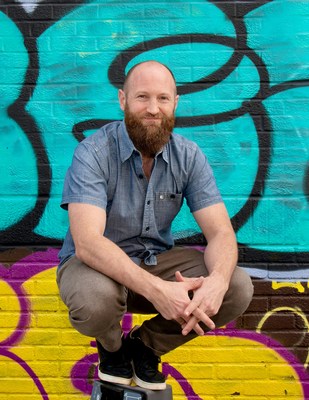 Event Rap was conceived during the coronavirus pandemic when Baba began performing via Zoom. Baba’s signature Zoom set was a “Rap Up” – an original song written about an event, composed during the event, and performed at the end as a grand finale that speaks to the audience’s immediate shared experiences.

Over the course of 2020, Baba performed dozens of virtual Event Rap sets at Zoom meetings, galas, and virtual conferences, and was inspired to recruit fellow rappers. Each rapper Baba invited to the new platform responded with an enthusiastic “Hell Yes!” – and Event Rap was born.

Event Rap offers three main services: A Rap Up, a lyrical summary of an event, written during the event and performed at the end; a Custom Rap, an original song and video that captures key themes, prerecorded or premiered at an event; and a Freestyle Set, an improvised performance in response to prompts from the audience.

About Baba BrinkmanBaba Brinkman is a New York-based rap artist and science communicator, best known for his “Rap Guide” albums, TEDx Talks, and off-Broadway theater productions. Originally from Vancouver, Canada, Baba’s work has been featured in The New York Times, The Rachel Maddow Show, Time Out, NPR, CBC, and BBC.

Baba’s newest LP, Bright Future — the world’s first-ever Custom Science Rap album, with ten original songs and videos, each commissioned to tell a story of scientific discovery — will be released on May 28, 2021.

About Event RapEvent Rap is a booking service that helps people find and commission original custom rap songs about any topic, for any occasion. Event Rap offers Custom Rap videos, virtual performances, and Rap Up summaries of events to create unique experiences for event attendees and help clients share their message with the world.