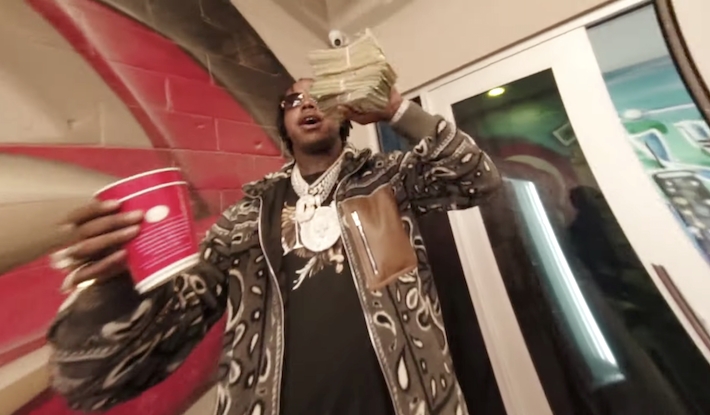 Louisville rapper EST Gee returns today with another new single to build on the rising rumble he’s cultivated over the past year. “Capitol 1” is a thumping song that oozes menace as the street-bred rapper threatens his ops and shows off his cash. The video accompanying the track finds Gee waving a stack of said cash in front of the camera as he sips from a red cup, mugging alongside his crew while draped in glittering diamond-encrusted jewelry. He also FaceTimes his mentor Lil Baby, who helped launch his career by putting him on the 2020 “Real As It Gets” and originally offered to sign him to 4PF.

While that plan didn’t exactly come to fruition, EST Gee did manage to land a deal instead with Yo Gotti’s CMG Records, where he shares space with fellow up-and-comers 42 Dugg, Blac Youngsta, and Moneybagg Yo. He also has a number of successful singles with many of the aforementioned cohort of trap rappers, including “Members Only” with Dugg, “Special” with Moneybagg, and “Get Money” with the label honcho Gotti. He also popped up on fellow Louisville native Jack Harlow’s acclaimed debut album earlier this year, celebrating the world-famous “Route 66.” The Louisville native is on the verge of a huge breakout thanks to some choice features but proves he can carry a song on his own here.

Listen to EST Gee’s “Capitol 1” above.