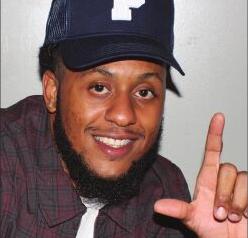 MalcolmXavier may be new to music, but he’s clear about the message he wants his art to convey and in a way that still catches the listener’s ear.

“Carti wouldn’t say what I’m saying, but it’s the perfect combination of how to get someone’s attention in today’s society,” – said MalcolmXavier.

He wants to promote positive music over dope trap-infused production.

A student of hip-hop new to the game, he took a page out of the rapbooks of J.Cole, Kendrick Lamar, Big K.R.I.T., and Young Thug to help create a sound that collaborates the two worlds of forward-thinking rap on bass knocking beats for his debut EP, “Energy,” which was released in September.

“When I put the mixtape together, I asked myself how I can take a meaningful subject matter and place it on a beat that may be similar to a Playboi Carti type of beat,” he said. “Carti wouldn’t say what I’m saying, but it’s the perfect combination of how to get someone’s attention in today’s society.”

He also made the EP fourteen minutes for the same reason. He said he knows being a newer artist who isn’t signed to a major label calls for putting music in small doses first then working your way up to meatier projects.

“As a new artist that’s independent, you can’t expect someone to listen to twenty to thirty minutes of eighteen songs,” he said. “When music is short, people run it back more.”

The project was created on a humbug and built around the same track, “Energy.”

In that song, he explains his life journey, doubting his musical capabilities and everyday issues he battles with as a 28-year-old man.

There was a point outside of music where he said he needed to refocus and get into a space of not feeling down or depressed. Him pulling himself out of that mindset is what he said inspired that song.

He said he’s confident in staying authentic and not playing into the typical content heard in trap music because it’s not related to his lifestyle. While some rappers rap about selling drugs and how many people they’ve shot, that’s not something Malcolm wants to portray in his music because he doesn’t have those life experiences.

“Sometimes I feel like people get caught up trying to fit a certain image,” he said. “There’s more people out there like you and can relate to you than you think. I had to get out of my head like ‘nah bruh, its other people that can relate to you.’”

He said he makes music for regular everyday people, such as himself and his friends who are college-educated, have good jobs making great money, are in committed monogamous relationships, and like to “turn up” (party) every now and then.

“You ain’t never gone hear me getting out of my character for a song,” he said. “Imma regular dude who wants to do good and have a family. I’m not tryna be out here on no extra s**t, but at the same time sometimes, I wanna turn up and pop my s**t.”

He first got into rapping and music at McCluer North High School alongside his childhood friends, Jarrod “JRod” Doyle, a superproducer for K Camp, and Josh “Qartier Q” Howard, an on-the-rise local rapper. The trio were in his basement one day and pondered on how they could make music. They learned about the audio editing software Audacity, bought a cheap microphone from Radio Shack and immediately started covering popular songs including Roscoe Dash’s “All The Way Turnt Up,” and Waka Flocka’s “O Let’s Do It.”

Things changed for Malcolm when he went away for college at Southeast Missouri State University (SEMO). He didn’t take music as seriously because his studies and other extracurricular activities took up most of his time.

A couple of years after graduating from SEMO, he decided to take it seriously after close friends encouraged him to release some music. He uploaded songs to Soundcloud that did well but knew he didn’t want just to be another “Soundcloud rapper.”

At that moment, he decided to release a full project and has since been recording. Now he’s working on his next body of work, creative collaborations with close friends, including vlogs and his first performance. He also has visuals on the way and a “Tiny Desk”-esque performance he recorded in the summer being released soon.

With a diverse city like St. Louis, there’s something to listen to for everyone. No rapper is the same here. With his music, Malcolm wants listeners to know he can not only rap, but he also knows how to make a good song.

“It’s people that can rap all day long. That doesn’t mean you’re gonna listen to their song,” he said. “I’m tryna find that connection of not sacrificing any of the artistic or wordsmithship of it but still make it fun and digestible for people to understand.”