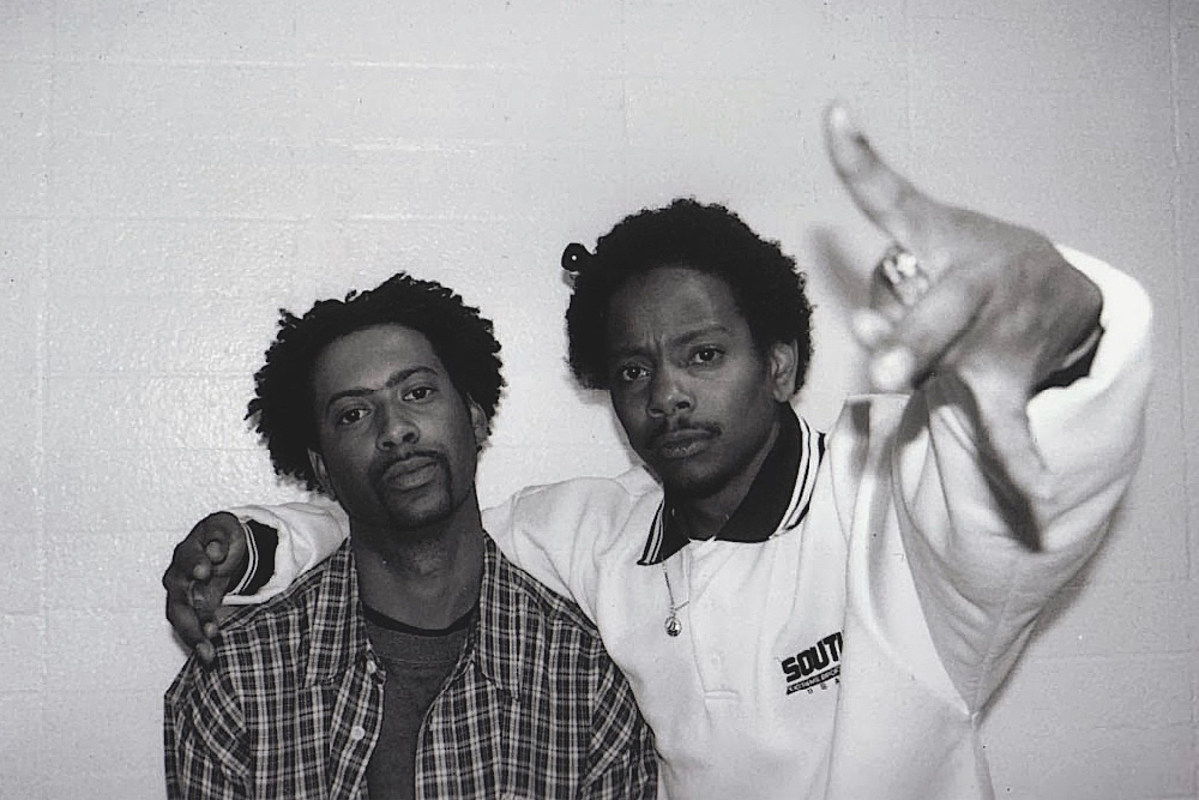 Declaime (aka Dudley Perkins) and Madlib have collaborated plenty of times over the years, and some of those collaborations have gone unreleased. They’re now set to release In The Beginning (Vol. 1) on July 2 via SomeOthaShip/Fat Beats Records, which features songs from the mid ’90s that were previously unreleased or only existed on mixtapes or as B-sides.

We’re premiering lead single “All Over the World,” which features MED and which perfectly captures the vibe of the ’90s underground rap scene that birthed artists like Declaime and Madlib.

“I first met Madlib when he moved across the street from me; I was around nine years old at the time,” Declaime said. “His pops knew my pops. Madlib was on that musical genius stuff way back then. He used to give me live beat cassettes he made himself along with his sister Stacey rapping. We both moved and lost contact.”

“We recorded this track around ’94-95,” Declaime continues. “Me and MED would hustle most of the day, then hit the studio with Otis [Madlib] and try and record on anything boomin’. We wrote these verses together with Madlib at the Crate Diggas Station.”

“I’m giving Otis Jackson his flowers now through this music we constructed as hungry young dudes; The Beat Konducta Sensei and the Poet Past The Weak will always be part of Oxnard’s musical history!”

Listen to the song and check out the tracklist and the single & album artwork below.