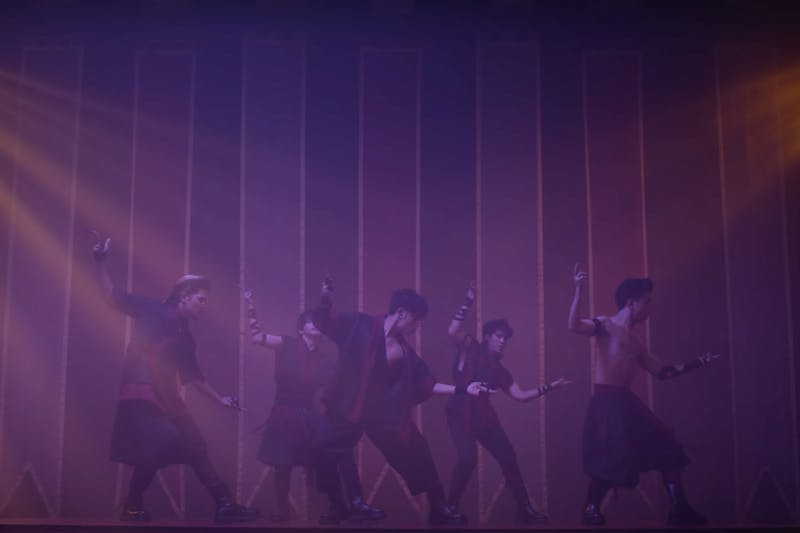 Filipino boy band SB19 released the official music video for their single, “Bazinga,” on Oct. 29. Part of their EP, “Pagsibol,” which was released July 22, the song presents SB19 as powerful fighters against the difficulties the world has to offer.

SB19 continues to make headlines in the music industry, growing in popularity alongside K-pop boy bands like BTS and NCT. Despite being Filipino, the group has a similar vibe to K-pop songs since they underwent the same training as idols in South Korea, including numerous vocal and dance classes.

SB19 can be compared to them in terms of familiarities in synchronous choreography and camerawork in music videos.

However, SB19 is original, incorporating both English and Filipino in their lyrics and creating songs based on their own struggles and successes.

With the latest release from the group, the song “Bazinga” develops new meaning as the lyrics are translated into a visual perspective through an action-packed music video.

The music video presents this song like it’s a video game. Bringing their game characters to life in the video, the group performs the song with sharp choreography, boxing cages and graffiti-covered walls.

The song is like a motivational speech given, where the lyrics combine with a hard-hitting beat and rap.

“Bazinga” visualizes the group as fighters, using words like “roundhouse” and “kung fu” to symbolize the group fighting back in response to hardships.

Likewise, the mention of Bruce Lee in the chorus emphasizes the martial arts approach SB19 took to the song, adding in an assertive tone during the rapping sections.

As the group sings of overcoming the hostility the world can bring when judging music artists, the music video emphasizes close-up, moving shots of each member holding intense yet confident stares.

The martial arts aspect in “Bazinga” is also reflected in the matching outfits and choreography. Dressed in black and red fighting garb, the members are ready to attack with dance moves resembling defensive poses.

The decision to add martial arts into the style of the music video does not degrade Chinese culture. Rather, SB19 imbues this style with empowerment in their lyrics and choreography.

Ending with a KO, the members are brought back to reality and celebrate their win. Overall, the music video leaves the audience with feelings of positivity and inspiration.

Rather than imitate K-pop groups, they produce original songs and videos like “Bazinga” with the support of Filipino writers, producers and staff.

Originality and culture are their sources of power bringing them to victory, and their music is evidence of that.