Clubhouse, the Music Industry’s Favorite New App: What Is It? – Billboard – Billboard 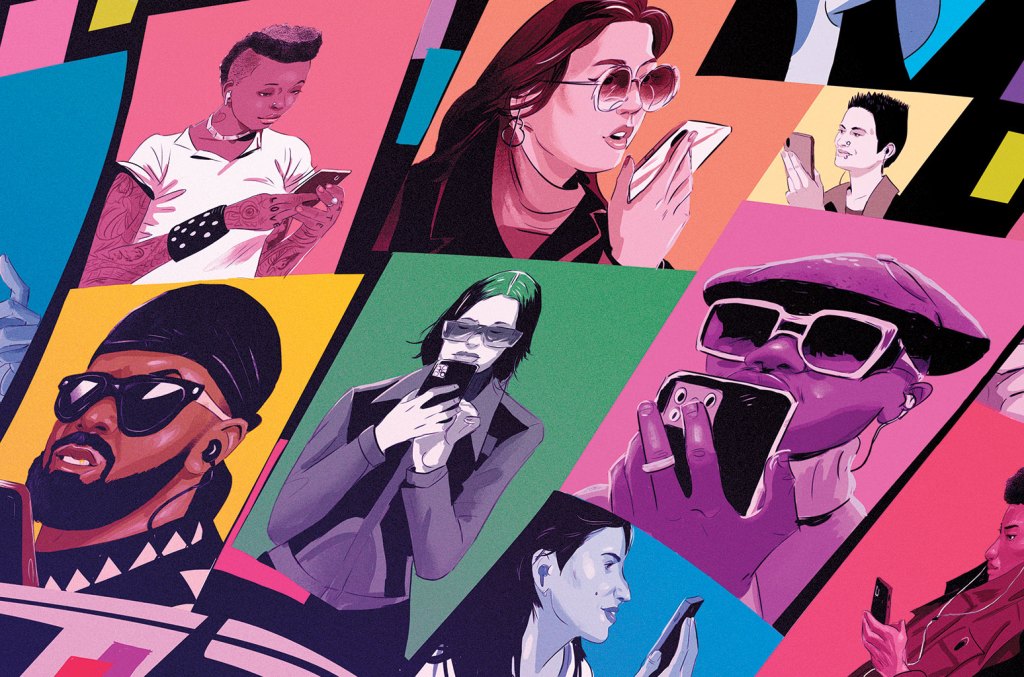 Tune in to the audio-only app Clubhouse on any given Wednesday and you’ll find a music-business panel with the likes of Scooter Braun, Parkwood Entertainment president Steve Pamon or interim Recording Academy chief Harvey Mason Jr., like a laid-back, A-list executive conference call. You could listen along as 21 Savage plays a Black Jeopardy trivia game or discusses relationships with industry figures and fellow rapper Meek Mill, their headshot profile pictures forming a grid across the minimalist iOS app. Elsewhere there are conversations about politics, sneakers and more.

Since launching in March during the pandemic, Clubhouse has stepped in for those missing real-world conferences, VIP rooms and happy hours, captivating and capitalizing on the music industry’s attention. In May, Forbes reported the company was valued at $100 million in a $12 million series A investment round from leading venture capital firm Andreessen Horowitz. The app is free to use, without advertisements and growing rapidly in its invite-only beta mode. Its 30,000-person user base doubled in the past month based only on referrals (the more you host or speak in chats, the more invitations you get to share).

Entertainment and tech moguls alike understand that hype is bred by exclusivity, be it in the form of a backstage pass or a Facebook invite circa 2004 (when the app first launched only to Ivy League students). That buzz trickles down. Consider how Meek Mill came to join Clubhouse: Nate Bosshard, co-founder of fitness startup Tonal, joined in April, then invited Jeff Carvalho, co-founder of fashion blog-turned-agency Highsnobiety, who invited designer and Grateful Dead tribute artist Jeremy Dean, who invited John Mayer, who invited Instagram music strategic partnerships lead Fadia Kader, who invited Instagram creative producer Mario Kristian (her husband), who invited producer Chase N. Cashe, who invited entrepreneur Larry Morrow, who nominated the Philadelphia rapper, who has over 8,000 followers who can see whatever chat he’s in whenever he’s using the app.

It was Meek Mill who told Atlantic Records president of Black music Mike Kyser to get on the app (but apparently couldn’t spare an invite), who after joining quickly decided Atlantic should have its own Clubhouse room. In October, the label hosted a preparty hang with over 250 attendees ahead of a livestream showcase for new R&B artists Ayanis, Raiche, BENNETT, IV JAY and TeaMarrr. More people tuned in to the free concert livestream on Atlantic’s website as a result, says Jamila Wright, the company’s urban digital marketing manager: “We’re already talking about incorporating Clubhouse conversations into our rollouts moving forward.”

While celebrities may have been among the first users, Clubhouse co-founder Paul Davison says they were never intended as the primary audience. And while big names attract attention, there are regularly dozens of rooms running at a time. Many center on the Black experience, such as Black Jeopardy, a game inspired by the popular Saturday Night Live sketch, founded by songwriter Breanna Harper and Mame Diagne, senior director of artist management at Right Hand Music Group and marketing consultant at Keep Cool. When Kader joined the app in August, she says, diversity was an issue, so she set out to change that, by giving invites to producers Swizz Beatz and No I.D., songwriter James Fauntleroy and Motown president Ethiopia Habtemariam, among others. “These are spaces that primarily brown and Black creatives are never really invited into,” she says. “My intention of onboarding certain people was proximity to conversations that we would never be allowed to be in the room for.”

Now some Clubhouse users are debating the power Black users have on social networks, considering that they rarely have had leadership roles in the companies that own them. That’s not a new issue: On platforms like Twitter and TikTok, Black creators have voiced similar concerns over the years. Amber Grimes, Capitol Music Group senior vp global creative and Black Jeopardy moderator, says she hopes Clubhouse’s owners recognize Black users’ contributions “so we can make sure that we’re not being used in this space, but we’re using a space that they created to be able to help ourselves.”

There has also been an ongoing conversation about who should be allowed to participate. (When Russell Simmons, who has been accused of rape, joined Clubhouse, chat rooms were crowded with users saying he shouldn’t be allowed there; Simmons has denied all allegations.) And there have been persistent complaints about anti-Semitic, racist and sexist remarks. Clubhouse executives are trying to address these issues with town halls and new features like blocking. Manager Binta Brown, who co-chairs the Black Music Action Coalition, says she hopes people from various backgrounds will be open to having difficult conversations on Clubhouse, but doesn’t think alleged abusers “should get to have a platform to perpetuate the abuse and the trauma that they’ve caused — especially [towards] women.”

With Clubhouse still officially operating in beta, changes are coming. Once it opens to the public, the exclusivity that appealed to early users will disappear, and some are likely to leave. “The early people that were on it, Scooter [Braun] being one of them, they really liked it because there weren’t a ton of people on it,” says Shara Senderoff, co-founder and president of music and tech investment firm Raised in Space, who hosts weekly Wednesday “Music HQ” industry chats. Counters Kader: “The subset of people that understand that they are beta users understand that it was never meant to be private.”

There’s also the revenue issue: How can the company build a business around its community? Davison says he envisions Clubhouse will grow to get musicians, comedians and others paid for their contributions, whether through tipping or the purchase of tickets to attend their events. “We’re excited about building a business that supports creatives and really works for them,” he says.

The music industry is considering this too. Terrence “Punch” Henderson, president of Top Dawg Entertainment, says he’s interested in using Clubhouse to break new artists. “It’s a few different ways you can utilize the platform, especially now because of who is there,” he says. “It’s all the tastemakers and influencers, and once they co-sign something and spread the word around, that’s like a trusted friend telling you, ‘Check this out.’”

This article originally appeared in the Nov. 14, 2020, issue of Billboard.