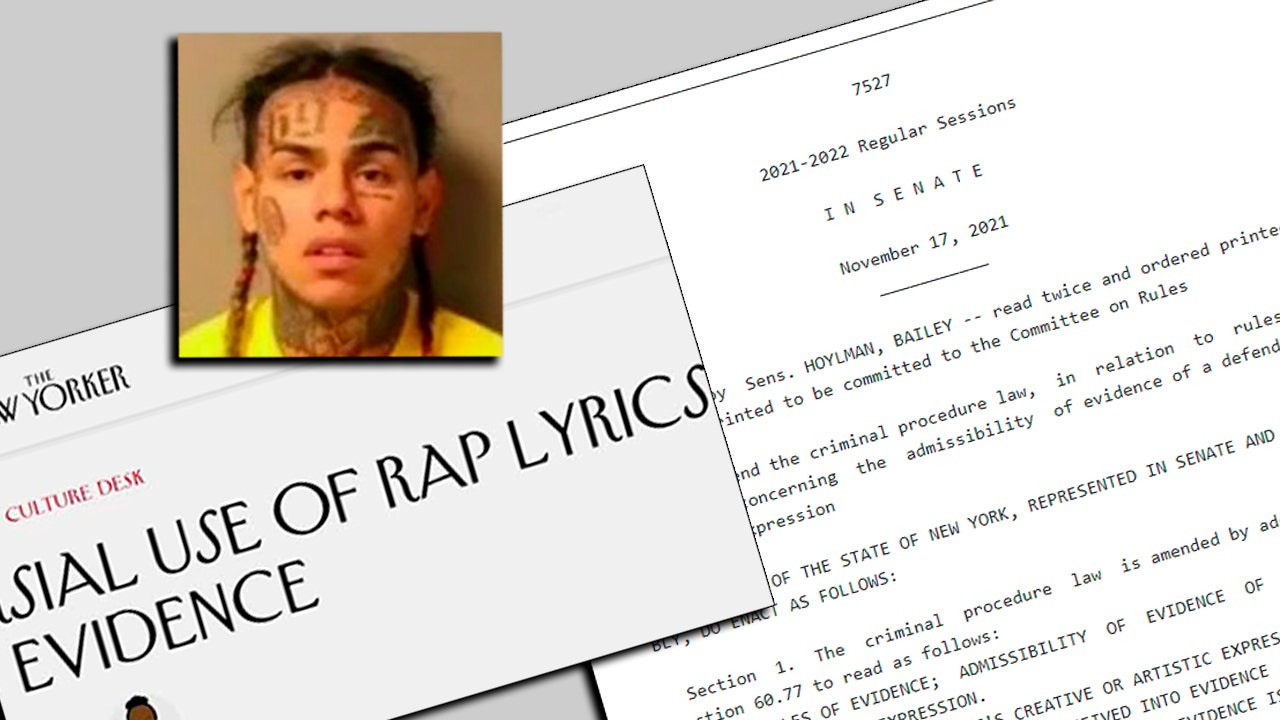 A pair of New York State lawmakers are aiming to stop prosecutors from using rap lyrics against artists, saying art is not a blueprint of criminal plans.

NEW YORK – In 2019, Daniel Hernandez — better known as the rapper Tekashi 6ix9ine, a.k.a. Tekashi69, a.k.a. 6ix9ine — pleaded guilty to several federal charges and agreed to flip on fellow gang members. Federal authorities had built a case against the Brooklyn-born artist in part by using lyrics from his songs as proof that he was a member of a gang and a criminal.

“Across the country, we are seeing a disturbing trend of prosecutors introducing an artist’s work product as evidence against them in a criminal trial,” state Sen. Brad Hoylman, D-Manhattan, told FOX 5 NY. “Prosecutors are telling the judge and the jury, ‘You should take this music, the words to the music, literally.'”

Hoylman and state Sen. Jamaal Bailey, D-Bronx, have said that using lyrics against a rapper — or any artist for that matter — is wrong and ostensibly an infringement of artistic expression. They have sponsored legislation to stop the practice and to “enhance the free speech protections of New Yorkers by banning the use of art created by a defendant as evidence against them in a courtroom,” according to an announcement from the lawmakers.

“No one ever thought that Johnny Cash was going to shoot a man in Reno just to watch him die or Bob Marley shot a sheriff but spared a deputy,” Hoylman said. “That’s exactly what prosecutors are trying to convince juries about across the country.”

He pointed to numerous cases where prosecutors have targeted artists — usually rappers — in this way.

“It’s time for New York, as a bastion of artists and creativity, to stand up for them and protect free expression,” Hoylman said. “And that’s what we’re going to do, Senator Bailey and me, through this legislation.”

The legislation, which is in committee, would still let judges consider allowing lyrics into evidence, Hoylman said, by using a “clear and convincing standard” if the words are a literal representation of a defendant’s actions or intentions.

Hoylman said he hopes the Senate and Assembly will take up the bill in early 2022 and, if passed, that Gov. Kathy Hochul will sign it into law.

“Art is creative expression, not a blueprint of criminal plans. Yet we’ve seen prosecutors in New York and across the country try to use rap music lyrics as evidence in criminal cases, a practice upheld this year by a Maryland court. It’s time to end the egregious bias against certain genres of music, like rap, and protect the First Amendment rights of all artists. I’m proud to introduce this legislation so that New York leads the way in treating artists fairly, no matter their background.”

“The right to free speech is enshrined in our federal and state constitutions because it is through this right that we can preserve all of our other fundamental rights. The admission of art as criminal evidence only serves to erode this fundamental right, and the use of rap and hip-hop lyrics in particular is emblematic of the systemic racism that permeates our criminal justice system. In many cases, even the mere association with certain genres, like hip-hop and rap, leads to heightened scrutiny in the courtroom and is used to presume guilt, immorality, and propensity for criminal activity. This bill will finally put an end to this grossly discriminatory practice by ensuring that there is a valid nexus between the speech sought to be admitted into evidence and the crime alleged.”