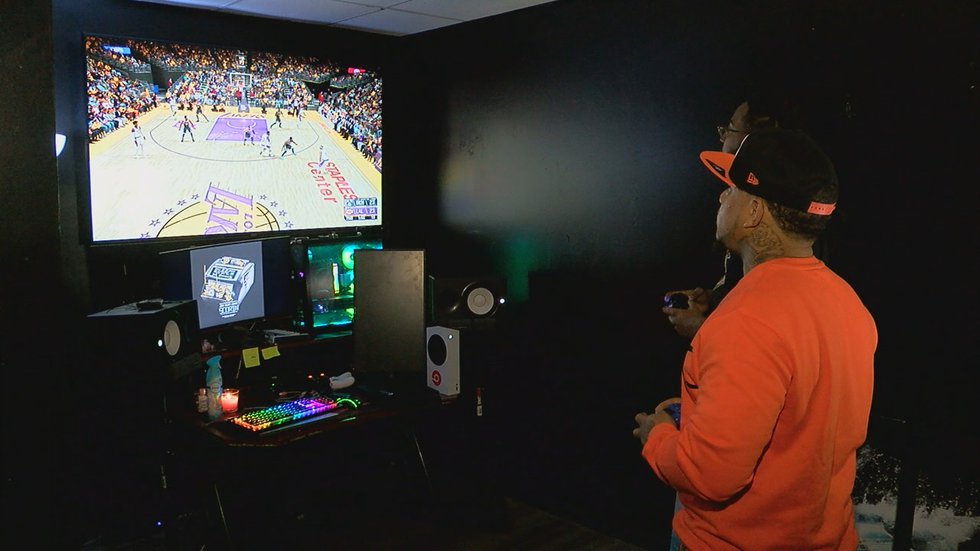 CINCINNATI (WXIX) – Two Cincinnati music artists are starting to leave their make on the industry after their song made it on the No. 1 selling basketball video game franchise, NBA 2K.

Just Clay’s and Fame YNO’s song “Scorin” can be heard by gamers when they start up the NBA 2K21 Mamba Forever edition.

The two have been grinding for a combined 24 years to leave their mark in the music world and they say their song “Scorin” highlights their journey to where they are now.

“When he originally sent the song to me, it was just the hook,” said Fame NYO. “It was more so about winning and elevating past people who didn’t think you were going to win.”

But they are winning, blocking naysayers who said they wouldn’t make while carrying the ball for other artists in the area.

The rap duo says when the song was released in 2020, they sent the track to ESPN for a sync licensing opportunity.

They did not hear back from ESPN, but then a short time later they got an email from the music distributor, UnitedMasters, letting them know their single had been selected for NBA 2K21.

“It’s so surreal. It’s so surreal because this is stuff you dream,” said Fame NYO. “I don’t know if we dream of this stuff. We talk about this stuff, and we live in a city where there’s tons of talent here and it’s really difficult to be appreciated.”

Reggie Clay, AKA as Jus Clay, said he was at a friend’s house playing the game when he heard his song play for the first time.

“It was incredible, but it was weird because he was hyped up and I was like oh shoot, but then it like found a balance in the middle,” Clay recalled. “It was incredible just like seeing his reaction like we made it.”

Just Clays and Fame YNO also found out “Scoring” is being added to the 2K21′s Next-Gen PlayStation 5 version.

See a spelling or grammar error in our story? Please include the title when you click here to report it.