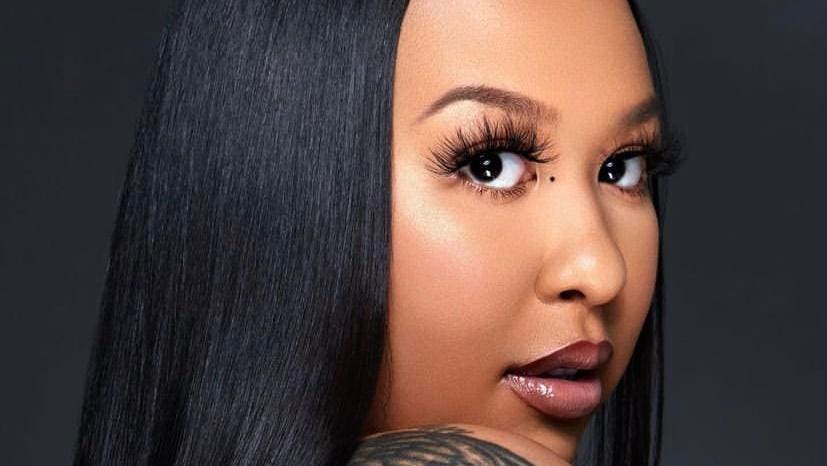 Celebrity makeup artist Olivia Song is one of the most sought after makeup artists of her generation. With well over With over 11 years of professional experience, Song has secured clientele from The Real Housewives of Atlanta reality star Porsha Williams to rappers Kash Doll and Asian Da Brat. While Song had to unfortunately pivot during the pandemic and was not able to service her clientele in person, she created 7-figured beauty brand Super Natural Cosmetics to give her clients the power of feeling beautiful safely quarantining away.

“I had seen makeup tours before but never with different celebrity models. This was important for my students because they could chose what model they wanted to see me demonstrate on, as far as certain skin tones they wanted to improve on. It gave them options,” Song told For(bes) The Culture about her tour, featuring platinum-selling rapper Latto. As a half African-American and Korean makeup artist, Song wanted to use her six-stop tour to demonstrate the nuances of representation in the beauty industry while training her students as professional artists. “They were able to ask my models directly how they find glam, what they look for in someone’s work, and their expectations. A lot of my students aspire to be celebrity makeup artists so putting them in the room with my models was a nice addition to the entire experience.”

Following her tour stop in Atlanta, For(bes) The Culture caught up with Song about diversity in the beauty industry, how beauty shifted during the pandemic and the importance of feeling seen as a woman of color makeup artist.

For(bes) The Culture: As a half Black, half Korean woman in the beauty industry, why was it so important for you to use your talents as an MUA to represent other women in the industry who may not feel seen?

Olivia Song: I was a woman who didn’t feel seen. It’s intimidating trying to navigate an industry where you don’t see a lot of women, especially women of color, at the top. Some of the most celebrated makeup artists and hairstylists happen to be men. For this reason, I’m super transparent about my journey as a single mother. I want to prove that you can be super successful in this industry – no matter your circumstances or what you look like.

For(bes) The Culture: What is the importance of diversity and inclusion in the beauty industry, and what should that look like?

Song: Minority consumers have huge spending power and it’s a no brainer that brands should keep this in mind, make diversity and inclusion a priority, and a reflection of their company values. I would like to see more diverse product offering, brand partnerships with makeup artists and influencers of every background, models of every background, and more diversity of employees within each company.

For(bes) The Culture: What do you believe are the most difficult parts of being a makeup artist of color?

For(bes) The Culture: How do you believe the beauty industry shifted during the pandemic?

Song: I saw a lot of virtual courses and a lot of people who wanted to learn how to do makeup themselves. This was big for cosmetic retail because that creates more customers. It was a huge scare for freelance artists like myself, thinking there may never be large events again. Salons were forced to close and it left me trying to come up with ways to generate income without being behind the brush. As a result, I released a virtual course and started a product line. I believe it forced all artists to think outside of the box.

For(bes) The Culture: When did you first know that the beauty industry was something that you wanted to pursue, and when did you notice that the industry wasn’t exactly forefronting for minorities?

Song: Makeup was my side gig while studying fashion design. During my third year of college, I realized how good I was at makeup and I preferred it over fashion design. This was eight years ago before the 40 shade foundation range was standard. You could simply tell by looking at the shelf that the industry wasn’t fore-fronting for minorities.

It also seemed like the biggest makeup artists did not look like myself. I didn’t have to many artists to look up to who I could personally relate to. I wasn’t formally trained and I wasn’t living in a major city at the time. It seemed far etched that I could reach the level of success that I have. I did not dream as big in the beginning of my career because of the lack of representation.

For(bes) The Culture: When it comes to movements such as #PullUpOrShutUp, how did that rock that beauty industry as it called out the different industries for their lack of representation in the boardrooms?

Song: This was huge for the beauty industry. People discovered that the bigger cosmetics companies were not diverse when it came to their employees on the corporate level. This called for these companies to start hiring people of color because as customers, we would like to know that we are being represented in these rooms where decisions are being made.