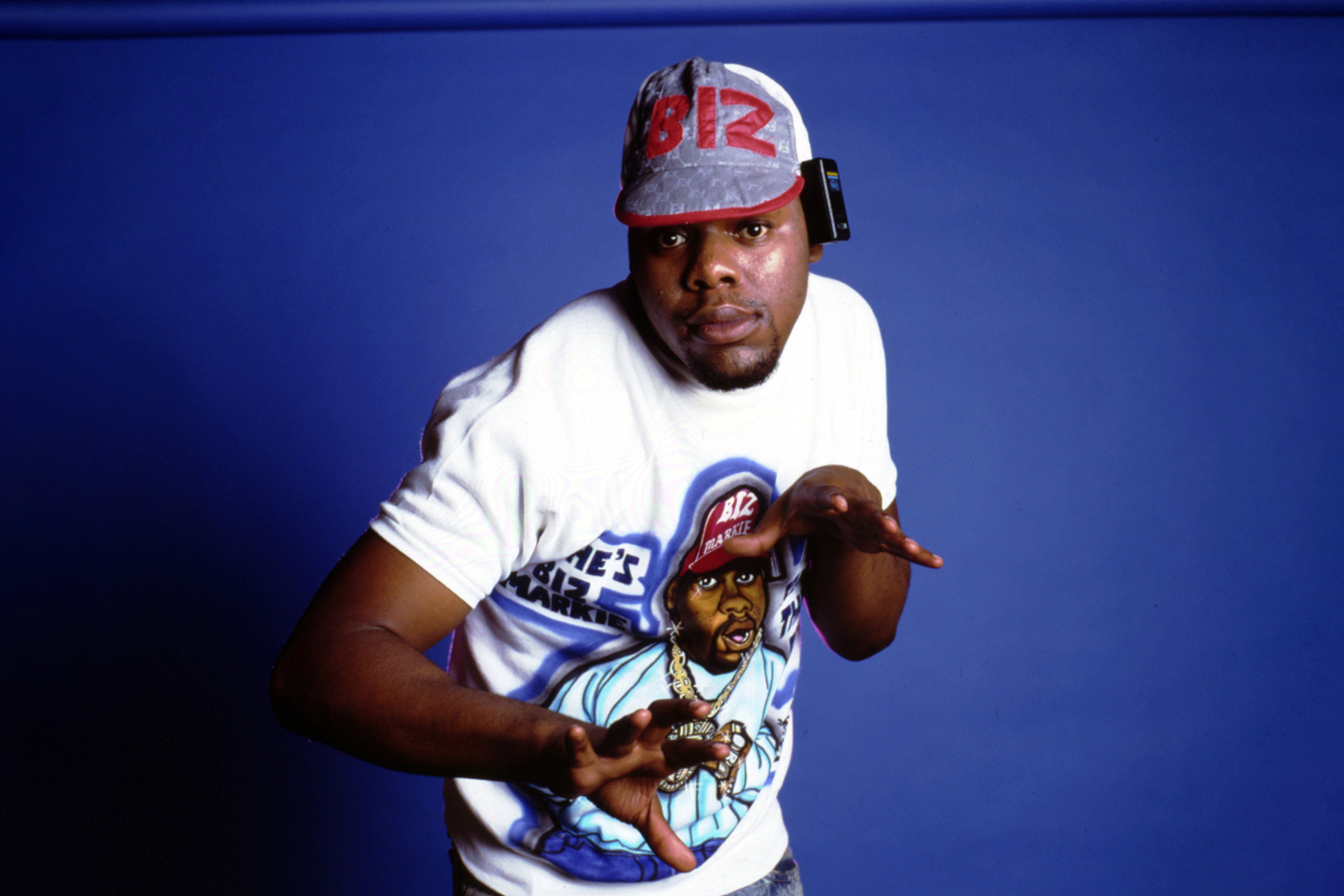 Biz Markie, the pioneering rapper, producer, and beatboxer whose jovial goofiness, boundless, off-kilter creativity and innovative music made him a singular presence in both hip-hop and pop culture at large, died Friday at the age of 57.

“It is with profound sadness that we announce, this evening, with his wife Tara by his side, hip hop pioneer Biz Markie peacefully passed away,” his rep Jenni Izumi said in a statement. “We are grateful for the many calls and prayers of support that we have received during this difficult time.

“Biz created a legacy of artistry that will forever be celebrated by his industry peers and his beloved fans whose lives he was able to touch through music, spanning over 35 years,” Izumi added. “He leaves behind a wife, many family members and close friends who will miss his vibrant personality, constant jokes and frequent banter. We respectfully request privacy for his family as they mourn their loved one.”

While a cause of death was not revealed, the rapper had struggled in recent years with health issues related to his decade-long battle with Type 2 diabetes. In April 2020, he was hospitalized due to complications related to the disease, and later that year suffered a stroke. Although the rapper was rehabilitating, his condition continued to decline, leading to premature reports of Markie’s death in late June.

“Biz is still under medical care, surrounded by professionals who are working hard to provide the best health care possible,” Izumi wrote in a statement to Rolling Stone at the time.

Over the course of five albums — most notably 1988’s Goin’ Off and 1989’s The Biz Never Sleeps — the producer-MC, whose real name was Marcel Hall, developed his own style unlike any other rapper at the time: a mix of half-sung (and intentionally off-key) choruses, riveting beatboxing, and silly humor that would earn him the nickname the “Clown Prince of Hip-Hop” and pave the way for gloriously bizarre rappers like Ol’ Dirty Bastard. Although deemed one of hip-hop’s biggest one-hit wonders — VH1 placed his 1989 classic “Just a Friend” at Number 81 on its 2000 list of the greatest one-hit wonders of all time — the rapper’s impact extended far beyond hip-hop’s greatest friend-zone lament.

Markie’s debut single, the Marl-produced “Make the Music With Your Mouth, Biz” in 1986, showcased the “human beatbox” skills that would become a trademark throughout Markie’s career; his beatboxing skills were so otherworldly, he was cast in a cameo role as a beatboxing, mail-sorting alien in 2002’s Men in Black II.

With Marl as producer, Markie released his 1988 debut LP, Goin’ Off, on the Juice Crew’s Cold Chillin’ Records. While not a critical success, the album featured the enduring underground hits “Vapors,” “Nobody Beat the Biz” — a play on the jingle of a New York electronics store — and “Pickin’ Boogers,” the latter of which highlighted the Clown Prince’s unique blend of humor and hip-hop. When Rolling Stone asked the rapper in 2018 if the stories he described in “Vapors” were real, he replied, “Dead real. Everything. I didn’t know how to write no other way.” The song would go on to be sampled by everyone from Notorious B.I.G. to Ice Cube, while the “Pickin’ Boogers” line “Now let me take a trip down memory lane” would later feature prominently on Nas’ Illmatic classic “Memory Lane (Sittin’ in da Park).”

In 1989, Markie released what would become his most successful album The Biz Never Sleeps, thanks to its breakout track “Just a Friend.” With a hook featuring Markie’s hound-dog croon on an interpolation of Freddie Scott’s 1968 song “(You) Got What I Need” — and aided by a similarly comedic music video that cast Markie as Mozart — the track reached Number Nine on the Billboard 100 in 1990, the only platinum-selling hit of Markie’s career.

The storied hook delivery occurred more by happenstance than design. “I asked people to sing the part, and nobody showed up at the studio,” he told Entertainment Weekly in 2019, “so I did it myself.”

“Usually when I make a record I know what the potential is going to be, but I didn’t know that ‘Just a Friend’ was going to be that big,” Markie said in 2013. “‘Just a Friend’ opened a world up where I never knew the difference between being a pop star and a regular rap star. It was crazy.”

Markie subsequently released I Need a Haircut in 1991, though his career hit a litigious stalling point due to his unauthorized use of a Gilbert O’Sullivan sample on the track “Alone Again.” While the ensuing Grand Upright Music Ltd. v. Warner Bros. Records Inc. wasn’t the first sampling lawsuit, its judgment had a landmark impact on hip-hop: Following the judge’s ruling — which, according to NPR, included a $250,000 fine, a halt on sales of I Need a Haircut, and, most bewildering, the recommendation that Markie face criminal charges for theft — record labels were forced to get clearance on all samples by the original copyright holders.

The Clown Prince of Hip-Hop took the ruling in stride and channeled the incident into his 1993 album, All Samples Cleared, which lampooned the court case by using a sample of five different renditions of the same song, Allen Toussaint’s “Get Out of My Life Woman.”

While Markie would release only one more album during his lifetime — 2003’s Weekend Warrior — he remained a cultural mainstay thanks to appearances on comedy series (In Living Color, Crank Yankers, Wild’n Out); children’s shows (SpongeBob SquarePants and Yo Gabba Gabba, where Markie was also a member of the touring unit); “as himself” cameos (Black-ish, Empire, Hip-Hop Squares); and countless VH1 “I Love the …” specials. Markie also featured on Beastie Boys’ cover of Elton John’s “Bennie and the Jets,” the Avalanches’ “The Noisy Eater,” Flaming Lips and Kesha’s “2012 (You Must Be Upgraded),” De La Soul’s “Stone Age,” and Freddie Gibbs and the Alchemist’s “God Is Perfect.”

Speaking to Rolling Stone in 2018 on “Vapors,” Markie said, “I always look at records like, if it has a good feeling, it’s gonna have a good feeling for a long time.”

Biz Markie – “Nobody Beats the Biz”