FIVE “dirty” cops were involved in the killing of Biggie Smalls in a “revenge hit” over the slaying of Tupac Shakur, a top filmmaker has been told.

Award-winning Nick Broomfield claims to have uncovered “compelling new evidence” which may help solve the infamous murders of two of rap’s most celebrated stars.

He says terrified insiders have finally spoken out after feared rap mogul Suge Knight was jailed for 28 years in 2018 over a hit-and-run crash which left a man dead.

And some of those who opened up to Broomfield believe the Death Row Records boss and “gang-affiliated officers” from the LAPD were behind Biggie’s assassination.

Biggie – born Christopher Wallace – was murdered in March 1997 in a drive-by shooting in Los Angeles.

He was just 24 at the time and would have turned 50 next year.

Just months earlier, Tupac was gunned down as he drove through Las Vegas in a BMW as burly rap mogul Knight sat beside him.

At the time Biggie and Tupac were at the heart of a bitter East Coast-West Coast rap war – fueled by jealousy, street gang rivalry and brutal diss tracks.

Following Tupac’s murder, Biggie was accused of being involved in his drive-by killing – which many believe was carried out by a Crips street gang member.

Now Broomfield believes he may have uncovered key evidence for his documentary Last Man Standing – a follow-up to his critically acclaimed 2002 film Biggie & Tupac.

The doc may finally offer proof of a concrete link between the unsolved murders of the two music icons – and establish the alleged involvement of Knight in the death of Biggie.

People were now opening up to things I couldn’t get answered before. Many of the people have kept a secret for 24 years

Insiders talk of an orchestrated “professional” hit and “attempts at the highest level” to cover up what really happened and Knight is described by some as the “shadow behind” Biggie’s murder.

And he points to the claims of former Los Angeles Police Department detective Russell Poole who accused fellow cops of conspiring with Knight to pull off Biggie’s murder.

Poole tragically dropped dead of a heart attack while speaking with LA County Sheriff’s homicide investigators about the infamous cold case in 2015.

Broomfield wrote: “After finishing Biggie & Tupac in 2002 I became increasingly troubled by the treatment of Russell Poole who had come up with evidence that LAPD officers were involved in the hit on Biggie Smalls.

“Russell was vilified by the LAPD and over the years I watched as his health and wellbeing declined.

“In August 2015 Russell died of a massive heart attack during a meeting at the LA Sheriff’s headquarters where he was still arguing his theory of the Biggie Smalls murder.

“It was a tragic end that Russell didn’t deserve, however a few years later people started talking more freely after Suge Knight (whom Russell accused of commissioning the hit) was sentenced to 28 years in prison in 2018.

“I believed in Russell and I believed in his theory, and people who had never spoken before, who didn’t know Russell Poole, came forward with new evidence never heard before that supports his allegations that LAPD officers were involved.”

On a preview clip released to plug the Brit’s new film, he can be heard asking an anonymous source: “Which officers are you saying were implicated in the murder of Biggie Smalls?”

The man on the other end of the phone then replies: “There were five officers that were involved in it.”

It comes after documentary maker Mike Dorsey claimed there were five pieces of overlooked evidence in the killing of Biggie – including a mystery man in a striped T-shirt at Petersen Museum on the night of his death.

“People were now opening up to things I couldn’t get answered before. Many of the people have kept a secret for 24 years.”

Biggie was killed when the driver of a dark Chevrolet Impala SS pulled up alongside his SUV at a red traffic light and opened fire.

It is still not known who pulled the trigger as decades later his high-profile case – just like Tupac’s – remains unsolved.

His autopsy – released 15 years after his death – showed only the final gunshot was fatal. It entered through his right hip and struck his colon, liver, heart and left lung.

One theory suggests Biggie, – also known as The Notorious B.I.G , was killed by mistake and that P. Diddy was the original target of the shooter.

Both rappers had been waiting for cars to pick them up outside the Peterson Automotive Museum in LA after an after-party.

The pair both got into the front passenger seat of their respective green SUVs.

Combs’ security guard told his driver to run a red light rather than stopping at a junction, knowing they wouldn’t have been safe to sit at the lights.

Biggie’s driver however didn’t follow suit and they sat at the lights for around a minute.

The fact that it took a minute for the shooter to make the hit indicates they were hesitant, perhaps due to identity confusion.

Three years earlier when Tupac was shot for the first time, during a recording session in New York, he publicly accused Biggie of being involved.

After the release of Who Shot Ya?, which Tupac interpreted as track mocking his shooting in the Big Apple, he appeared on numerous tracks aiming threatening insults at Biggie.

Notorious examples include the songs Against All Odds, Bomb First (My Second Reply) and Hit ‘Em Up (You claim to be a player, but I f****d your wife). 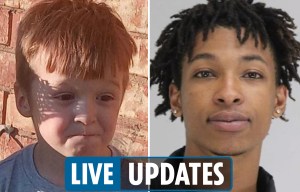 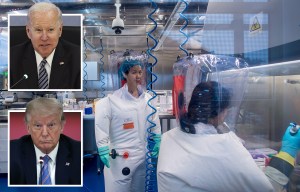 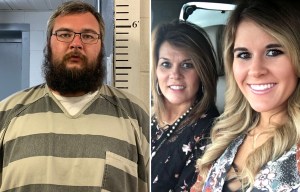 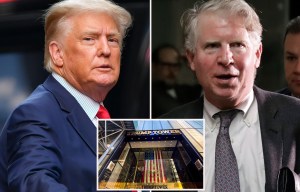 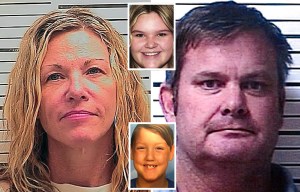 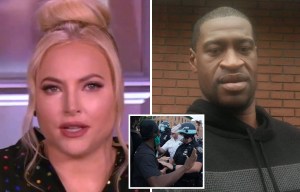 A synopsis for Broomfield’s film reads: “Suge Knight, the former CEO of legendary rap music label Death Row Records was recently sentenced to 28 years imprisonment for manslaughter in a long line of violent crimes not typically associated with a highly successful record executive.

“Last Man Standing takes a look at Death Row and how L.A.’s street gang culture had come to dominate its business workings as well as an association with corrupt L.A. police officers who were also gang affiliated.

“It would be this world of gang rivalry and dirty cops that would claim the lives of the world’s two greatest rappers, Tupac Shakur and Biggie Smalls.”

‘Last Man Standing: Suge Knight and the Murders of Biggie & Tupac’ – produced by Dogwoof – will be in cinemas from July 2.