We’re not only locked down, we’re locked out of many galleries and museums. Artworks that took curators years to assemble into exhibitions are now hanging in the dark or sitting in crates. Still, the thought that went into preparing these exhibitions has been thought—catalogues written and published, websites launched, online materials gone live, publicity put into motion. It’s a season of shows with everything but the objects. Which makes for an excellent opportunity to encounter “Writing the Future: Basquiat and the Hip-Hop Generation,” currently on non-view at the Museum of Fine Arts, Boston.

This is not to discount the power of the objects in this exhibition, which the MFA currently plans to reopen at some point in the fall. On the contrary, the physical presence of Basquiat’s paintings can be overwhelming. Like the artist’s famous personal charisma, it tends to dominate the room. Which makes the burden of this exhibition taken on by the show’s curators—to take Basquiat’s painting out of the white cube and its overwhelmingly white world, and resituate it in the interdisciplinary and primarily Black milieu of early hip-hop—all the more difficult. As co-curator Liz Munsell writes in her catalogue essay, “While Basquiat’s friendships and artistic collaborations with Andy Warhol and Keith Haring have drawn much attention, his relationships with other young artists of color have largely been written out of his history.” Munsell’s argument isn’t about tracing Basquiat’s origins as an artist, or repeating a standard narrative about how graffiti and street art were formative experiences leading up to his masterpieces on canvas. Instead, Munsell makes a point of anchoring his complete career in this context: “As he presented sold-out solo exhibitions in New York, Los Angeles, and Europe, he remained deeply involved with several of his African American and first-generation Caribbean and Latinx peers—visual artists, MCs, and DJs—with whom he worked on music-related projects, and of whom he painted over a dozen portraits.” For “Writing the Future,” Munsell and co-curator Greg Tate place Basquiat’s now familiar and extraordinarily expensive paintings in and among work that has largely been ignored by blue-chip galleries and auction houses. Featured artists include the trio of revered graffiti writers who emerged from the Mitchel Houses of the South Bronx, A-One, Kool Koor, and Toxic; spray paint virtuoso Futura; pop culture polymath Fab 5 Freddy; wunderkind of the allover calligraphic, LA2; icons of the heroic era of subway art (and romantic leads in the early hip-hop film Wild Style) Lee Quiñones and Lady Pink; and, perhaps most crucially, the Afrofuturist visionary, Rammellzee, whose time-blurring work—as Tate argues in his catalogue essay—may be the most contemporary of all, from our standpoint here in 2020. 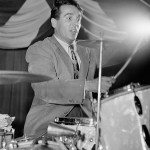 How to pull this off in a museum, with all its attendant institutional presumptions and limitations? Basquiat’s canvases, scaled for gallery walls and populated with art historical references, have always been ready for their retrospective close-up. But much of the crucial work by Basquiat’s cohort cannot be placed on display in a museum. This challenge has existed ever since graffiti morphed into “post-graffiti” by entering the art market. Not everyone involved in that transformation felt it problematic, of course. As gallerist Sidney Janis put it, captured on video at the opening of his “Post-Graffiti” exhibition in December 1983: “These artists have graduated from that particular stage. That is to say, they’ve made the transition from subway surfaces to surfaces on canvas. And where they were arrested for doing one, now they’re getting paid for doing the other.” Capital has a way of cutting through complications simply by affixing a price tag. However, if you’re not selling or buying this work, but rather trying to understand it by coming to a gallery or museum . . .  you might have missed the train.

Without access to the physical exhibition, I can’t know how Tate and Munsell confront this problem through the placement of objects in a museum. But the “Writing the Future” materials they’ve created to share outside that institution—their catalogue essays, and a remarkable soundtrack—establish a flow between all these artists and their various media.

Did I say soundtrack? The term is rarely applicable to museum exhibitions, which tend to use sound, if at all, as ancillary, illustrative material, a bit of multimedia flash augmenting a particular work or room. But “Writing the Future” has a proper soundtrack—2 hours and 51 minutes of music programmed to play continuously and simultaneously in every gallery of the exhibition, and equally available, wherever you find yourself in lockdown, via Spotify. Tate is responsible for this dramatically variable playlist, which ranges from 1940s and ’50s jazz to funk to punk to early rap. The premise of the mix, as Tate explained to me by email, is based on specifics of New York in the early 1980s:

“Basquiat kept bebop and other modern jazz going in his studio. The music in the clubs back then was punk funk jazz ska disco new wave rap. Reflecting that mix of sounds and styles as folk journey thru our kaleidoscopic exhibition.”

The music does much more than set a mood, which would have been achieved with a few familiar snippets played here and there: a splash of Miles, a George Clinton bass riff. Instead, the playlist is longer than a feature film—packed with masterpieces, period pieces, forgotten gems, party classics, and crowd-pleasers. If you listen with attention, it is an exhibition of its own.

It also makes an argument. Tate’s selections, time and again, underscore the fluid exchange between Black, Latin, Caribbean and white pop music. The bebop artist he chooses is not Charlie Parker, by many accounts Basquiat’s favorite—it’s Dizzy Gillespie playing “Manteca,” one of the Latin tunes he cowrote and performed with hard-living Cuban percussionist Chano Pozo, a devotee of Santeria and clave. The Mingus tune selected is “Haitian Fight Song” (Basquiat’s father emigrated to Brooklyn from Haiti), that burner of a bass line that left its player, as he told Nat Hentoff for the original liner notes, “feeling: ‘I told them! I hope somebody heard me.’” The Miles track is “Freddie Freeloader” from “Kind of Blue,” one of his landmark modal compositions that launched a thousand rock guitar solos.

When Tate turns to punk, a genre many think of as being as pasty as Johnny Rotten, he makes sure the details speak to the truth of its multicultural and multiracial makeup, as well as its crucial contribution from women artists. “What made punk rock so provocative and welcome when it began was the platform it provided for creative and fearless women rock artists, some of them multiethnic like the leader of X-Ray Spex, Somali-Scottish vocalist Poly Styrene, who had one of the most powerhouse voices in all of early punk,” Tate writes, explaining his selection (as if any justification were needed) of the eternally thrilling track “Oh Bondage! Up Yours!” His choice from the Slits, an all-women band, emphasizes postpunk’s overlap with London’s Jamaican soundsystem and reggae scenes. A B-side to the single from their album produced by Caribbean-born, South London soundsystem pioneer Dennis Bovell, the Slits cover of the Motown classic “I Heard It Through the Grapevine” is a Black Atlantic/UK punk dancefloor mashup. (And is that a teenage Neneh Cherry, their sometime bandmember, on backing vocals?) Similarly, tracks from the Clash highlight the fertile exchange happening in the late ’70s and early ’80s between genres that commercial radio stations pretended were utterly distinct. “Rock the Casbah” not only draws on the Clash’s influence from dub, and with lyrics amplifying their anti-colonial politics, it comes from an album they toured with “Writing the Future” artist Futura painting live backdrops on stage. (Futura also had a hand in the album art.)

The rap tracks on the playlist—what could have been the automatic go-to for a lesser use of sound in this exhibition, given rap’s historical role alongside graffiti in hip-hop—are no less dense and rich in their multiplicity of sources. “White Lines (Don’t Don’t Do It),” the anti-cocaine anthem by Melle Mel (credited also to Grandmaster Flash for music business reasons), is built on top of an instantly recognizable bass line lifted from the (white) no-wave New York band Liquid Liquid—a fact that has always made me wonder if the title was in fact a pun. The version of Eric B. and Rakim’s “Paid in Full” that Tate chooses is not the original but the hit remix by British EDM DJs Coldcut, who add a vocal hook sampled from Yemenite Israeli Ofra Haza, as well as a booming British Movietone announcer voice to introduce the track. Alongside high-minded rap-for-rap’s-sake classics like Public Enemy’s “Rebel Without a Pause,” Tate doesn’t shy away from including those monster hits of the era that made record executives pee their pants in excitement over selling “urban” music to suburban teens: the Beastie Boys’ “No Sleep Till Brooklyn” and Michael Jackson’s “Billie Jean.”

But perhaps no single track on this rich playlist speaks more directly for Tate than the Black hardcore band Bad Brains’ “Banned in DC,” from their self-titled 1982 debut album. He writes:

“While the artists in our show were making their hip-hop revolution in New York, Bad Brains were revamping punk rock music in the nation’s capital—merging UK rock, Jamaican reggae, DC Go Go and post-Bitches Brew jazz fusion into an extreme syncretism they’d dub ‘hardcore.’ Like our artists they represent a swaggering generational temperament on a mission to innovate and disrupt everybody’s status quo with vision, skill, and brio.”

If you’ve never heard this breakneck two-minute, twelve second song, as dense with references as a Basquiat canvas, you have no excuse not to click on Tate’s playlist right now. Or watch a video of the band performing the song at CBGBs in 1982, which might reveal and disrupt your preconceptions about genre in less time than it takes for Dr. Know to play the grand, stadium-rock guitar solo that starts at 1:30.

Banned in DC with a thousand more places to go
Gonna swim across the Atlantic, cause that’s the only place I can go

You, you can’t hurt me
Why? I’m banned in DC

We, we got ourselves
Gonna sing it, gonna love it, gonna work it out to any length
Don’t worry, no worry, about what people say
We got ourselves, we gonna make it anyway

And if you ban us from your clubs
It’s the right time, the right mind
And if you think we really care, you won’t find in my mind
No! You can’t afford to close your doors, so soon no more
My oh my I let you down upon the ground

“You can’t afford to close your doors” could, unfortunately, serve as an epigraph to this moment for galleries and museums. But Bad Brains’s vocalist H.R. is singing about more than being locked out of clubs—he’s talking about everyone who closes doors by letting institutions define them. This is the argument Tate makes with this playlist. And it’s the argument that Munsell and Tate together have made about the visual artists represented in “Writing the Future,” not least Basquiat.

Can the show read as well inside an institution like the Museum of Fine Arts, Boston? We will see when those doors open.