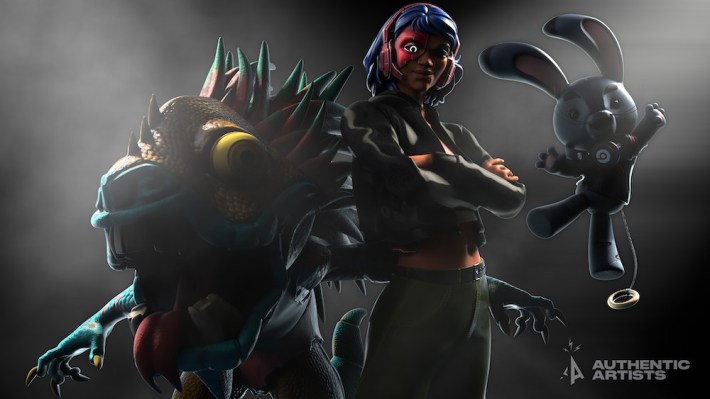 Chris McGarry, who previously led music integration at Facebook’s Oculus, is taking a new approach to bringing music into the virtual world with his startup Authentic Artists.

McGarry pointed to virtual celebrities like Lil Miquela and virtual concerts like Travis Scott’s giant event in Fortnite as setting the stage for Authentic Artists. In a sense, the startup represents a combination of those ideas, creating virtual musicians who perform their own concerts — initially in Twitch — and can respond to audience requests.

“We are very intentionally not trying to create a digital facsimile of what already exists,” he said. “We want to use new tools to create new art, new experiences, new culture. The appeal is that these artists can really be vehicles for collaboration with the audience, so that [audience members] can selectively shape the live show.”

In fact, Authentic Artists has already held some test concerts on Twitch, and McGarry said the team was “frankly, sort of blown away by the response,” with average watch time of 35 minutes.

It will be unveiling its next generation of virtual artists in Twitch concerts starting on April 14, co-hosted by (human) Twitch streamers, who will introduce the concept to audiences — though McGarry said there’s potential for more collaboration between virtual and human stars in the future.

There are a number of different pieces to the Authentic Artists platform, working together to animate a virtual musician, generate their music and allow them to respond to audience feedback, whether that’s increasing the intensity of a song, decreasing the tempo or fast-forwarding to the next song.

“Music is the lifeblood of our vision, and accordingly, we’ve invested significantly in the core audio engine,” McGarry said. He emphasized that the platform is not simply recombining music loops composed by humans, but rather generating music on its own: “We want [our virtual artists] to have autonomy, we want them to be real.”

It sounds like the team is still putting the final touches on the new artists, so I didn’t get to see a full concert experience. Instead, McGarry and his team presented renderings of these artists (including a half-human cyborg and a giant iguana) and their virtual venues, and they demonstrated the music engine, creating new compositions on-the-fly while adjusting different parameters. As McGarry put it, “These are all original compositions, generated and produced as we sit here, with no manual intervention.”

Authentic Artists is backed by investors including OVO Fund, James Murdoch’s Lupa Systems, Mixi Group and Mike Shinoda of Linkin Park. McGarry said he’s currently more focused on finding product-market fit than on the business model, but he sees opportunities to make money through avenues such as branded music and decentralized finance/NFTs in the future.