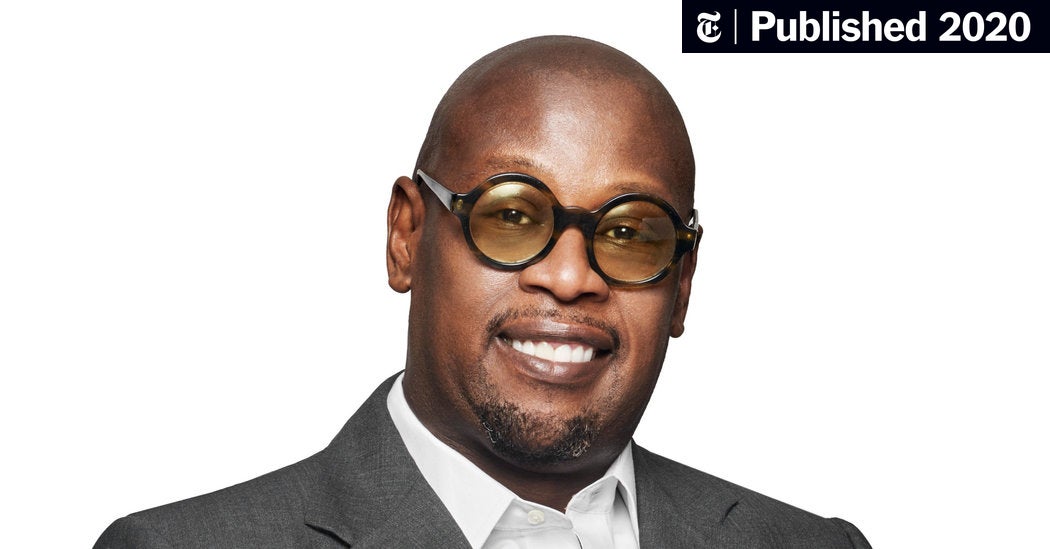 Andre Harrell, an innovative music executive who in the late 1980s founded Uptown Records, a crucial bridge between the worlds of hip-hop and R&B, and who gave the first career break to Sean Combs, today one of hip-hop’s signature moguls and global ambassadors, died on Thursday night at his home in West Hollywood, Calif. He was 59.

His ex-wife, Wendy Credle, said that the cause was heart failure and that Mr. Harrell had had heart problems for some time.

Hip-hop was growing prodigiously in the early to mid-1980s, and Mr. Harrell was at the center of it as a rapper and an executive. But his vision for the music wasn’t always in line with his peers’ — he preferred a splash of sophistication and an approach that would speak to older and younger generations alike.

When he founded Uptown Records in 1986, he created a home for artists who melded hip-hop swagger with traditional R&B smoothness, who had both sleek surfaces and hard edges. For almost a decade it was one of the most musically important and financially successful record labels in the country, building the careers of Mary J. Blige, Jodeci, Al B. Sure!, Guy and many more.

Andre O’Neal Harrell was born in the Bronx on Sep. 26, 1960. His father, Bernie, worked at the Hunts Point produce market in the Bronx; his mother, Hattie, was a nurse’s aide. He graduated from Charles Evans Hughes High School in 1978 and attended both Baruch College and Lehman College in New York City.

Despite his humble beginnings, Mr. Harrell believed he was destined for success. “I grew up thinking wonderful things could happen,” he told Vanity Fair in 1993. “I always believed I’d have a wonderful life.”

Before he had even graduated from high school, Mr. Harrell had his first big break in the music business — as a rapper, Dr. Jeckyll, half of the duo Dr. Jeckyll & Mr. Hyde with his high school friend Alonzo Brown. They released a handful of successful singles in the early 1980s, most notably “Genius Rap” in 1981 and “A.M./P.M.” in 1984. The duo, who stood out from their contemporaries by performing in suit and tie, released one album, “The Champagne of Rap,” in 1985.

Though he had initially wanted to become a newscaster, Mr. Harrell worked as an account executive at two New York radio stations in the early 1980s: WWRL, which played gospel, and WINS, the news station. During the week he sold advertising time; on the weekend he rapped.

After his rap duo disbanded, Mr. Harrell went to work for Rush Management, run by Russell Simmons, who was also the head of the titanic rap label Def Jam. Mr. Harrell ascended to vice president and general manager — working with artists like Run-DMC, LL Cool J and Whodini — before setting out on his own to found Uptown Records.

This was a fertile time in hip-hop’s development, and the moment when R&B began to reckon with its insurgent younger sibling. Uptown became a magnet for artists who limned the borders between the two: Guy, an R&B trio that in the hands of Teddy Riley helped pioneer the brash sound known as New Jack Swing; Al. B. Sure!, a charismatic and preternaturally smooth R&B singer; Heavy D & the Boyz, a genial and approachable hip-hop outfit; Father MC, a loverman rapper.

“I don’t try to recreate black artists,” Mr. Harrell told The New York Times in 1992. “I reflect the image an artist has already created.”

Uptown found fast success, beginning a partnership with a major label, MCA, in 1988. By the dawn of the 1990s, Uptown was one of the most reliable hitmakers in the music industry. And it went on to introduce two of the most essential R&B acts of the 1990s and beyond: the four-man vocal outfit Jodeci, which blended raw vigor with church-trained passion; and Mary J. Blige, who perfected callused heartbreak and would become one of soul music’s biggest stars.

“I was all over the country, all over the world,” Mr. Harrell told Vanity Fair of those years. “I was 28 years old. The dough was flowing. I bought a house. Bought a BMW. Two. Was happy. It was the beginning of the game. I was crazy happy.”

To help stay current, Mr. Harrell hired Sean Combs as an intern in the early 1990s, after being introduced to him by Heavy D. Mr. Combs — later known as Puff Daddy and Diddy —  attended Howard University in Washington and commuted to New York for his internship.

“I told him I’d wash cars, quit school — anything — a priceless chance to be in your presence,” Mr. Combs told The Times in 2005. Mr. Combs quickly became indispensable and began doing A & R, working with Ms. Blige and Jodeci and helping to infuse them with hip-hop credibility.

But the power dynamic between Mr. Harrell and Mr. Combs was shifting, and Mr. Harrell fired Mr. Combs in 1993. Mr. Combs showed up on Mr. Harrell’s doorstep to plead his case, but Mr. Harrell didn’t budge. “I guess Andre didn’t want two kings in the castle,” Mr. Combs told The Times. “I had obtained some success, some notoriety, and I didn’t realize it wasn’t my house.”

Shortly thereafter, Mr. Combs founded Bad Boy Records, which would become one of the most important labels in rap history and — given how he extended the music’s reach — in pop history, too.

In 1992, Mr. Harrell signed a $50 million deal with MCA for a new company, Uptown Entertainment, which spanned music, film and television. “My goal is to bring real black America — just as it is, not watered down — to people everywhere through music, through films, through everything we do,” he told The Los Angeles Times.

Mr. Harrell was appointed chief executive of Motown in 1995 and remained there for two years. He was a producer of films, including “Strictly Business” and “Honey,” and an executive producer of the hip-hop-generation television police drama “New York Undercover.” He later helped found an ad agency, Nu America.

He is survived by his son, Gianni Credle-Harrell; a brother, Greg; and his father.

Mr. Harrell and Mr. Combs reconciled, and for most of the rest of his career the two were in close orbit. Mr. Harrell worked as president of Bad Boy for many years, and since 2013 he had been the vice chairman of Mr. Combs’s Revolt TV.

Last year, BET announced it was partnering with Mr. Harrell on a mini-series about Uptown Records.