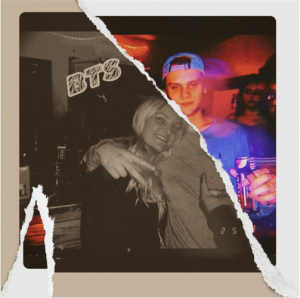 The genres of R&B and hip hop have a very close relationship, serving as an inspiration for one another. Refusing to be bound by a single musical form, the brilliant musician tried his hands on R&B and soul. Emerging hip hop artist and songwriter, finessekidzay showcases his amazing dexterity at masterfully performing both the musical form with equal amount of dexterity. His recently released R&B single, ‘satisfied’ presents a blissful melodic flow that captures the hearts of the audience, intermingled with his serene yet penetrating vocal performance. The track, produced by EVERETT SAINT reveals his creativity and unbound talent of transforming his imaginations into meaningful and artistic ballads.

Currently, a freshman in college, the gifted artist entered the rap game at a very young age. He soon developed a unique rapping technique that separates him from the crowd. Infusing his raw talent and genuine emotions, he has given birth to an astonishing soundscape inspiring the audience to follow their dreams. He tries to bring something new to the plate with his every creation. That is why he combines different melodic elements and singing styles in his sublime masterpieces. With his upbeat hip hop and R&B bangers, he is spreading positive energy into the world, helping people to uplift their moods.

The young and independent Minnesota versatile music artist teamed up with producer EVERETT SAINT for his newly released song, ‘satisfied’. The track features a beautiful weave of mind-blowing rhythmic cadence that forma a groovy backdrop for his hypnotic singing. The overall symphony presents an oscillation of diverse melodic strings producing a mesmerizing sound and texture. Finessekidzay is a college freshman, who is making music from his dorm. His earlier soundtracks, ‘money tree *finessekidzay version*’, ‘weekend’ produced by Epik The Dawn, ‘show me up remix’, ‘paxton that’s my guy’, and more celebrate his thematic brilliancy. Follow him on SoundCloud for more.

Click here to listen to this track on SoundCloud: