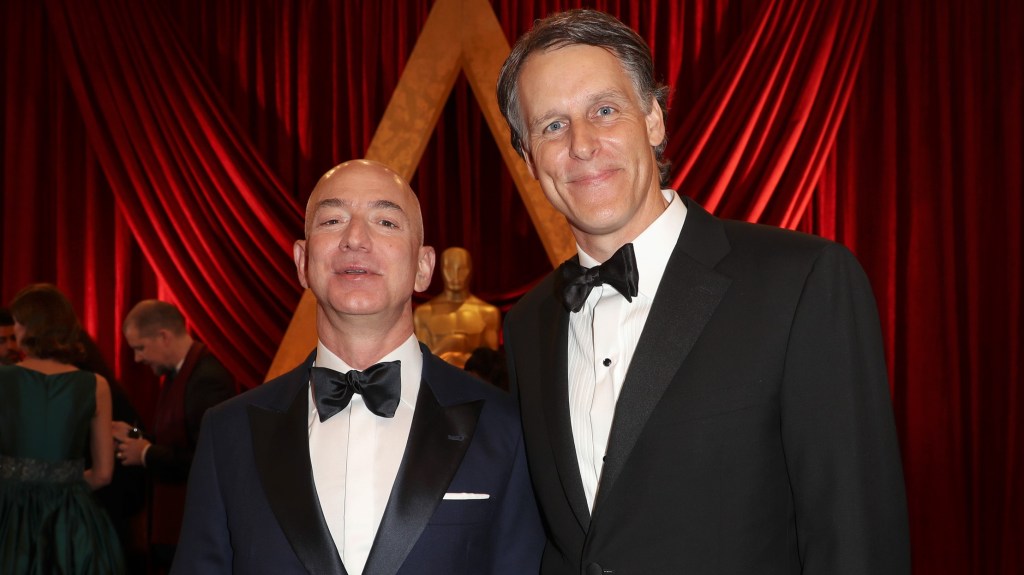 Jeff Blackburn, a former high-level Amazon exec who just recently left after more than two decades, is boomeranging right back — in a newly created role giving him oversight over the company’s consolidated media group.

The new appointment was announced internally Thursday by Andy Jassy, currently CEO of Amazon Web Services (AWS), who is set to succeed Jeff Bezos as Amazon CEO in the third quarter.

Blackburn “has decided to return to Amazon as SVP of a new Global Media & Entertainment organization,” Jassy wrote in a memo to senior managers. Blackburn’s oversight will include Prime Video and Amazon Studios, Amazon Music, Wondery and podcasts, Audible, games and Twitch.

Blackburn, who had departed in February to join Bessemer Venture Partners, will rejoin Amazon on June 7. He will report to Bezos until the CEO transition in Q3, and then he’ll report to Jassy.

“With the creation of Jeff’s new role as Head of Global Media and Entertainment, we’re presented with tremendous opportunities for collaboration and innovation,” Hopkins wrote in a memo to his lieutenants. “Jeff will not only be a great ally and supporter; he will help achieve synergies across our media and entertainment businesses.”

Although just a relatively small piece of the gargantuan Amazon empire, media represents a fast-growing growing business segment. In 2020, the company spent $11 billion on TV shows, movies and music for Prime services — up 40% from the year prior.

In his note, Jassy wrote that each of Amazon’s media and entertainment businesses is “on a very positive path.” Among the points he highlighted: In the past year, Prime Video had 175 million members stream shows and movies. Prime Video also secured exclusive rights to NFL “Thursday Night Football” games through 2033. Amazon Studios won two Oscars (both for “Sound of Metal”) after garnering 12 nods.

Referring to Blackburn with his in-house nickname, Jassy wrote, “Jblack’s interest in returning to Amazon presented us with a good opportunity to combine our entertainment businesses in a single org under a leader who knows them well. Often, the best time to make org changes is when things are going well.”

Blackburn originally joined Amazon in March 1998 and since 2006 was part of the elite “S-team” of direct Bezos reports. His work at the company spanned numerous projects, including the company’s third-party marketplace, business development and advertising. Over the last several years, he focused on Amazon’s media business, including Prime Video, Amazon Studios, IMDb and Amazon Music.

(Pictured above: Jeff Bezos and Jeff Blackburn at the 89th Annual Academy Awards in 2017)