A CFDA marriage: When Kid Cudi wore a wedding dress – The Miami Hurricane 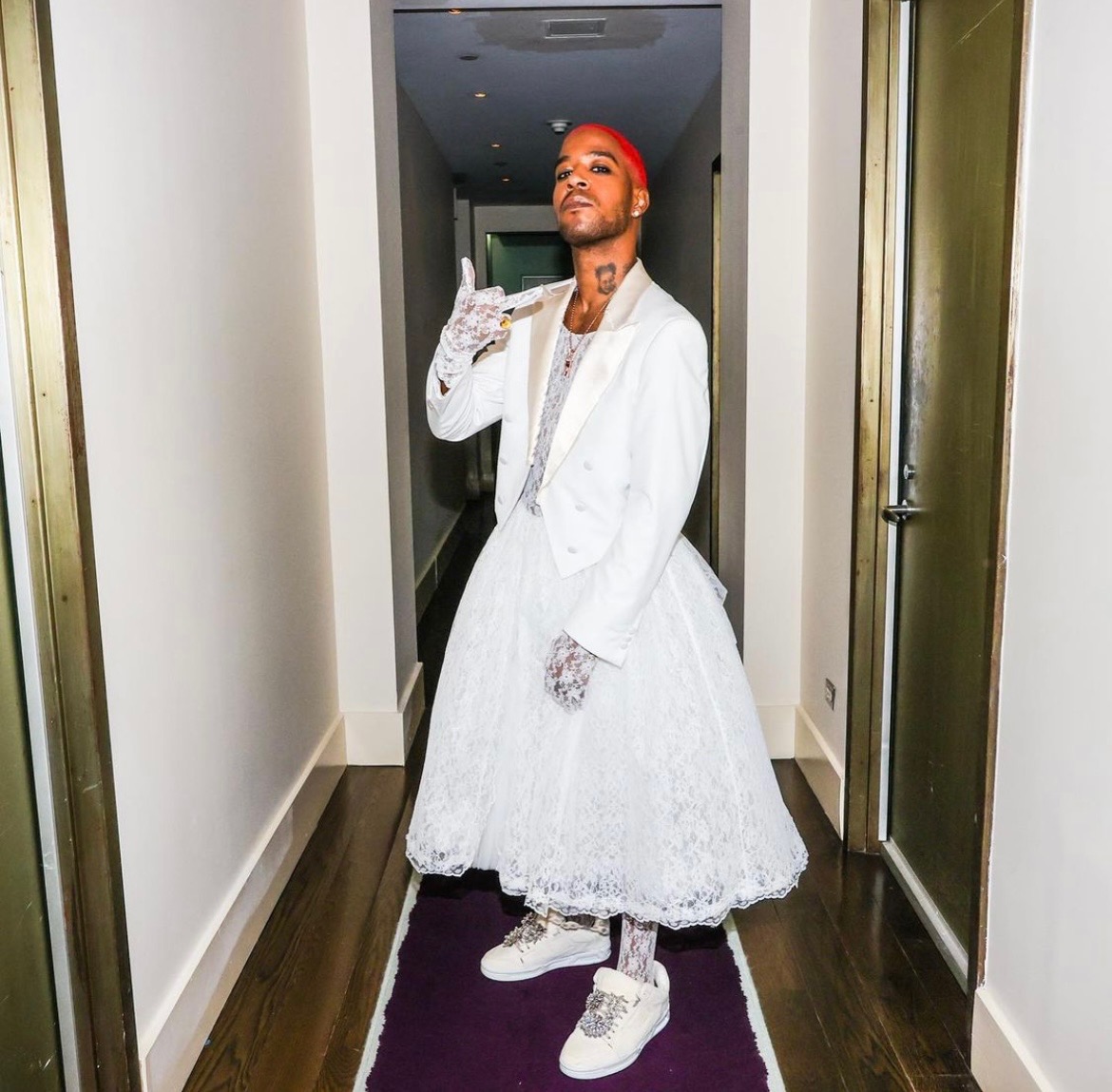 This tongue in cheek collaboration perfectly describes the long awaited Council of Fashion Designers’ Awards (CFDA). Like the pair’s playful red carpet stunt, the CFDA Awards represent the marriage between designers and the talents who bring their clothing to life. Cudi’s unexpected look resembles the foundation’s mission — to support those who will disrupt the fashion industry and lead in bold design.

With pioneer Tom Ford as chairman, the CFDA remains America’s frontmost organization to nurture and support up and coming designers. On Nov. 10, Emily Blunt of “The Devil Wears Prada” hosted the foundation’s event to honor emerging designers and fashion’s greatest icons. During the glittery evening, Zendaya recieved Fashion Icon of the Year, becoming the youngest recipient for the statue. Dressed in a statement red bandeau gown creation by American designer Vera Wang, the actress accepted the honor from Iman, one of her own style inspirations.

Another longtime fashion veteran, Harlem-based designer Dapper Dan became the first Black designer to receive the Geoffrey Beene Lifetime Achievement Award. The late Geoffrey Beene left a legacy of American design helmed by comfort and simplicity. Yet, in the tone of disruptive fashion, Dapper Dan has played largely towards the opposite, gearing his vision through maximalism. Dan is largely responsible for connecting hiphop to luxury fashion and originating logo mania. His influence is noticeable in department stores across the country.

Over the past decades, numerous high fashion houses redefined their popularity through streetwear collections and monogram designs. Currently, his work can be found in collaborations with international fashion powerhouses like Gucci, whom Dan thanked in his speech.

While Zendaya and Dan are familiar faces, many emerging talents are not household names; however, this will not be the case for long. The CFDA has a way of giving these brands and designers a platform like no other. Designers like Aurora James, Edvin Thompson of Thelophilo, Christopher John Rodgers and Emily Bode Aujla are the buzz of the fashion world and will make their mark in the years ahead.

The process has already started. Founder’s Award Winner Aurora James was recognized for founding the fifteen percent pledge, a non-profit which aims to encourage retailers to dedicate at least fifteen percent of their shelf space to Black-owned businesses. At her label “Brother Vellies,” the Ghanian-Canadian designer uses traditional African design techniques influenced by her travels.

Jamaican-American designer Edvin Thompson is also inspired by his roots. At his brand Theophilo, the Jamaican flag’s green and yellow colors highlight The Emerging Designer of the Year’s garments.

Christopher John Rodgers, a young male Savannah College of Art and Design (SCAD) alumnus, won American Womenswear Designer of the Year. In 2019, Rogers crafted a sustainable gown at his New York based label, signifying his commitment to environmentally-conscious craftsmanship. His work is eye-catching, sensual and funky.

Resources are essential to survival and the CFDA understands this. American publication “Vogue” established the CFDA/fashion fund in 2003 to aid struggling designers post 9/11. Since the coronavirus pandemic began, the fund has continued to evolve and facilitate creatives through manufacturing, scholarships and mentorship in tribute to small businesses and artisans. As the CFDA continues this pillar of support, it will continue to marry strategies for professional growth with artistic leadership, keeping the likes of Cudi saying “I do” to its mission.