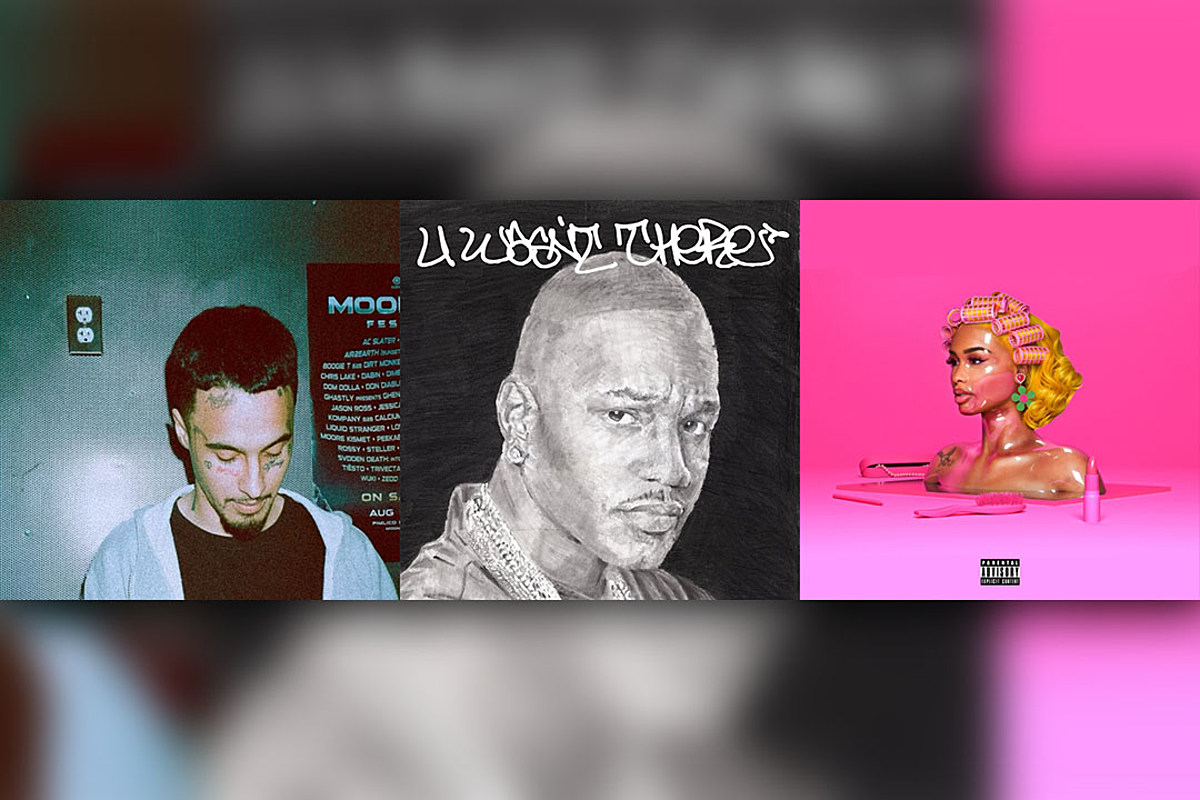 As the weekend approaches, artists from multiple facets of the rap game bless us with myriad new sounds to kick back with. This week, an icon from Harlem finally joins forces with one of the game’s best producers for a long-awaited EP, a former XXL Freshman repping South Florida drops his first offering of the year, a Bronx rhymer brings her popular series of projects to a close with a new mixtape and more.

With a project that’s been eight years in the making, Cam’ron and A-Trak finally come through with their highly anticipated joint EP, U Wasn’t There. After first linking up in 2014 and announcing a project called Federal Reserve that never saw the light of day, the legendary Harlem MC and the revered DJ-producer announced their new refined collab at the very end of August, reigniting the duo’s buzz much to the pleasure of rap fans.

The nine-track EP finds Killa Cam reflecting on much of his storied career, flexing his accomplishments over A-Trak‘s punchy, sample-driven beats that graciously compliment the iconic rapper’s cool, calm and collected wordplay. Led by two previously released singles, “All I Really Wanted” and the Conway The Machine-assisted “Ghetto Prophets,” U Wasn’t There features other guest appearances from Styles P, Jim Jones, Mr. Vegas and Dame Dash, who also serves as one of the project’s executive producers. Cam and A-Trak close the EP with “Dipshits” featuring Juelz Santana, a bonus track that was originally intended to be included on their unreleased offering back in 2014.

While A-Trak is certainly the production mastermind behind U Wasn’t There, the Canadian-born record exec also enlisted the services of beatmakers like Just Blaze, DJ Khalil and G Koop, whose presence can be felt across the entire project.

In unveiling the U Wasn’t There‘s cover art, which was created by renowned New York City street artist Kunle Martins, A-Trak expressed his excitement over the fact that after nearly an entire decade, his collaboration with Cam’ron was finally coming to fruition.

“Got something dropping Friday that is almost 10 years in the making,” tweeted the “Get Lit or Die Tryin'” producer back in August. “First single.”

Wifisfuneral returns from a brief hiatus with 4 Month Binge Before Revenge, his first project since 2021’s Smoking Mirrors. Giving his rabid, almost cult-like fan base a preview of what’s to come dating as far back as the tail-end of last year, the former XXL Freshman has been trickling out singles from the album sporadically throughout all of 2022.

Led by “Save Me From Myself” and “Hero 2 Zero/Zero 2 Hero,” which dropped in December and April, respectively, Wifi released three more singles from the 12-track EP, “Euphoria,” “Dead Walk” and “Ahhhhh,” since announcing its release date in August.

Aside from dishing out rhymes across the entire album without any guest features, the South Florida artist also takes on a majority of 4 Month Binge‘s production duties, laying down the groundwork on tracks like “Miami,” “In Too Deep” and “Tris” among others. According to Wifi himself, this album is exceptionally personal and true to its title. It was recorded over a four-month period of time, during which the “High as Me” artist’s mind was heavily altered in order to tap into his emotions.

“I went down a hole and self-medicated which allowed me to get really vulnerable and express myself, my true feelings,” says Wifisfuneral. “You’ll hear a lot of it on this project. When I’m under the influence, it’s easier to let my subconscious flow, it’s raw, it gets me out of my head.”

When 4 Month Binge Before Revenge‘s track listing was unveiled on Instagram back on Sept. 6, Wifisfuneral hit fans with a message that read both as a rallying cry and a soft ultimatum, simply stating, “I need 1,000 comments or we pushing the project back.”

As she gears up to take the stage at this weekend’s Rolling Loud New York, DreamDoll drops Life in Plastic 3: The Finale, the third installment in her Life in Plastic series. Following 2017’s Life in Plastic and 2019’s Life in Plastic 2, the Bronx spitter positions the eight-track mixtape as a collection of hand-picked songs that allow for a sense of finality in closing out the popular string of projects.

Containing samples from a number of classic hip-hop songs from the likes of Fabolous, Ludacris, Wu-Tang Clan and more, DreamDoll‘s new tape offers a sense of nostalgia while at the same time catering to the new sounds of the street with bops that can also fit right into the atmosphere of any club. Previously released singles include “You Know My Body” featuring Capella Grey, “Oh Shhh” and the French Montana-assisted banger, “Ice Cream Dream.” The “Misunderstood” spitter also brought frequent collaborator Kash Doll along for the ride, who contributes vocals to Life in Plastic 3 via the track “Fantasy.”

When making the official announcement for Life in Plastic 3 on Instagram late last week, the reality TV star-turned-rapper thanked her fans for sticking by her side and promised to deliver upon the same new-and-improved rhymes she’s been displaying across her many recent guest features.

“Thank you guys so much for being so patient with me for the past few years,” wrote DreamDoll. “Verse after verse, year after year, you’ve seen how much I have perfected my craft, improved on my artistry and showed you on the features I’ve been given, which I’m very grateful for. And now, you get to experience the new side of me on my own tracks. [Eight] songs may seem like short batch of songs but these eight songs were hand-picked by me to finally end the Life in Plastic chapter.”

Check out new projects from DaBaby, Lakeyah, UnoTheActivist, Young Devyn and more below.