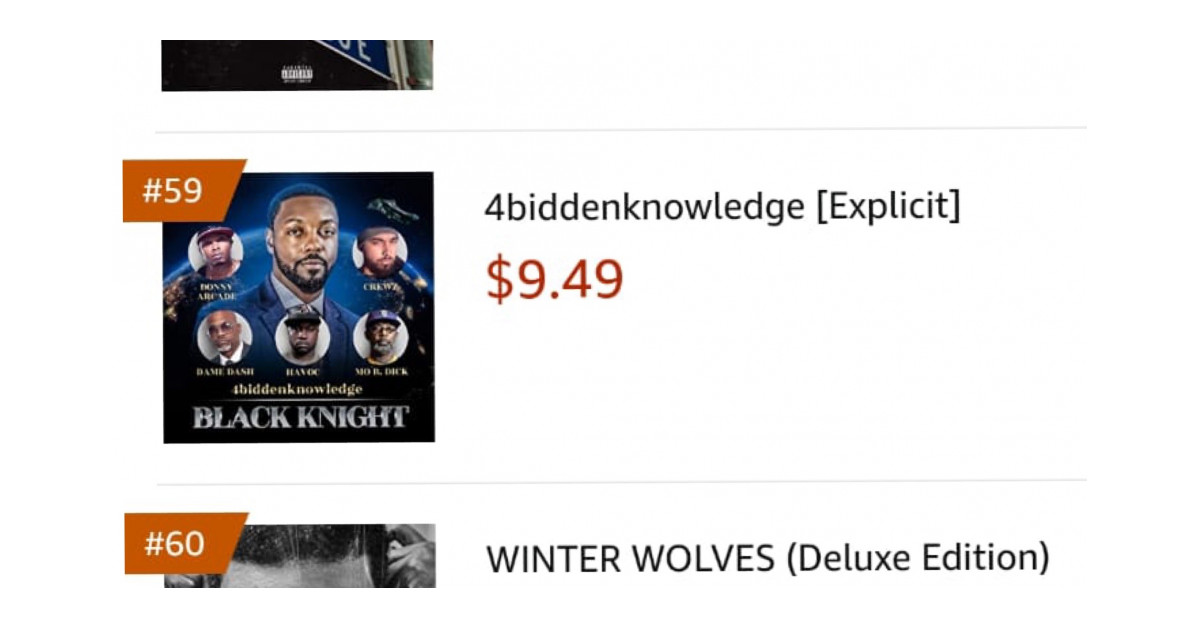 WESTON, Fla., August 4, 2022 (Newswire.com) – The Black Knight Satellite Album was released alongside the documentary “The Black Knight Satellite, Beyond the Signal” written and directed by Melissa Tittl and executive produced by President/CEO of 4biddenknowledge Inc. Billy Carson. This album quickly gained popularity for its knowledge-based songs and extraordinary features on the tracks. The Black Knight Satellite album has been out now for two months and has made the Amazon best-selling music chart, competing with albums by Snoop Dogg, Kevin Gates, and Eminem.

4biddenknowledge Inc. is currently selling shares to raise money for business expansion. Investors looking to be part of this rapidly expanding business can find more information about this investment opportunity by following the link below.