Quavo and Raekwon are teasing the possibility of some sort of collaboration after connecting earlier this week.

On Wednesday (August 3), the Chef posted a photo to Instagram of him smoking with the Migos rapper at a secret location.

“RAPS MOST POWERFUL ELITE,” he captioned his post. “Building and Branch Blowing …. my guy @quavohuncho and Shallah in a coolout location.. good to see my bro . ! Real 1 for sure #MIGOSANDWUGAMBINOS.”

Quavo hopped into the comment section to thank Rae for the hospitality and pressed the Wu-Tang wordsmith about how they needed to join forces. “WU MIGO CULTURE NEED IT,” Huncho wrote.

Besides keeping an eye out for something on the horizon from the key cogs of two of rap’s most seminal groups, it looks like Quavo is back in his feature bag as he recently notched a guest appearance on NBA YoungBoy’s The Last Slimeto track “Don’t Rate Me.”

In other Migos news, there seems to be trouble in paradise as Quavo and his nephew Takeoff recently announced the ATL trio will be playing at this month’s National Battle of the Bands, but without Offset. 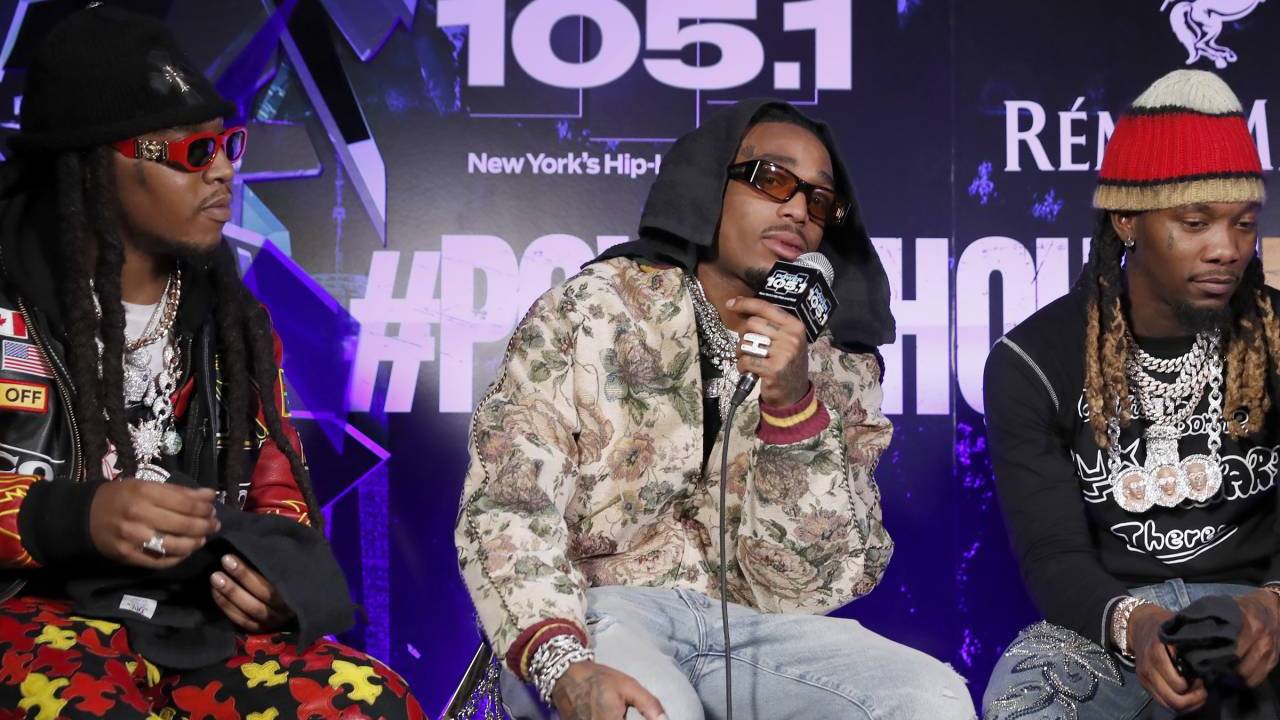 Break-up rumors have continued to swirl since May when Quavo and Takeoff released a new track called “Hotel Lobby” under the moniker Unc & Phew. Eagle-eyed fans also noticed that Offset and his wife Cardi B had both unfollowed Quavo and Takeoff on social media prior to the track’s release.

While all three rappers have remained tight-lipped on the situation, there have been multiple situations that point to a Migos fall out. The trio notably dropped out of their scheduled performance at The Governors Ball in New York City back in June, and Quavo followed up the cancelation by dropping a ‘Day in the Life’ TikTok that was noticeably devoid of any appearance from his cousin.

As for Raekwon, he’s headed back on the road with the Wu-Tang Clan and Nas as part of the NY State of Mind Tour at the end of the month.

The North American trek kicks off in St. Louis on August 30 and will make stops in Chicago, Toronto, Newark, Charlotte, Atlanta, Houston, Dallas and Oakland, before wrapping up in Hollywood in October.