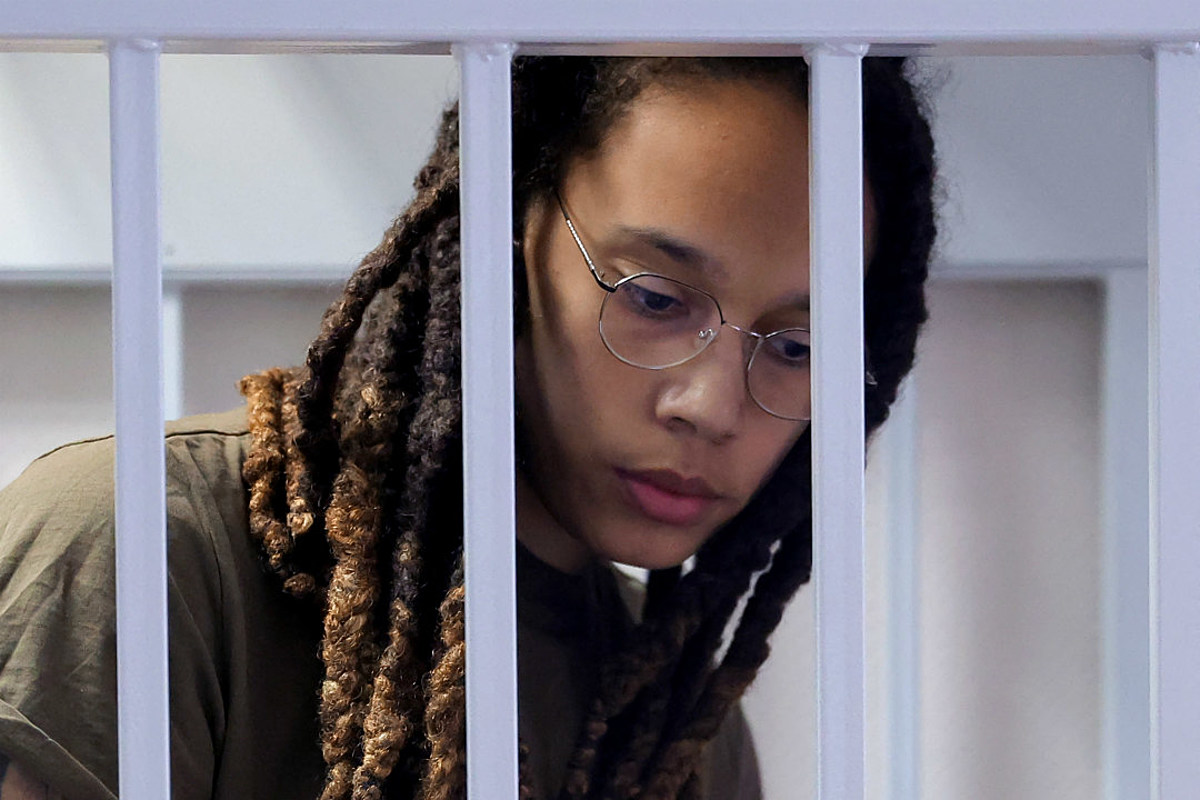 The hip-hop community is shocked after learning that WNBA player Brittney Griner has been sentenced to nine years in a Russian prison on drug possession charges.

On Thursday (Aug. 4), Griner’s sentence was handed down in a Moscow courtroom, according to NBC News. After entering a guilty plea last month, the hoops star was sentenced to nine years for drug possession and smuggling by Judge Anna Sotnikova. The sentence is close to the maximum allowed of 10 years for the charges, which stem from Griner being arrested at Moscow’s Sheremetyevo Airport in February with cannabis oil in her luggage.

The hip-hop community is sounding off about the lengthy sentence on social media.

“This is wild, smh,” 50 Cent captioned a video of the announcement on Instagram. “You don’t ever want to get caught up in the politics, They are gonna tell her like 10 years for a vape pin watch.”

“9 YEARS FOR A DAM WEED PEN 🔥‼️like wtf,” he commented. “IM STAYING MY BOOSIE BADAZZ N THE STATES this fucked up.”

The verdict has reached the highest levels of office, with President Joe Biden delivering a statement demanding Griner’s release.

“Today, American citizen Brittney Griner received a prison sentence that is one more reminder of what the world already knew: Russia is wrongfully detaining Brittney,” Biden said in a statement shortly after the verdict was announced. “It’s unacceptable, and I call on Russia to release her immediately so she can be with her wife, loved ones, friends, and teammates.”

The WNBA also released a statement in wake of the outcome of the case.

“Today’s verdict and sentencing is unjustified and unfortunate, but not unexpected and Brittney Griner remains wrongly detained,” it reads. “The WNBA ad NBA’s commitment to her safe return has not wavered and it is our hope that we are near the end of this process of finally bringing BG home to the United Staes.”

See 44 of the Longest Prison Bids in Hip-Hop History