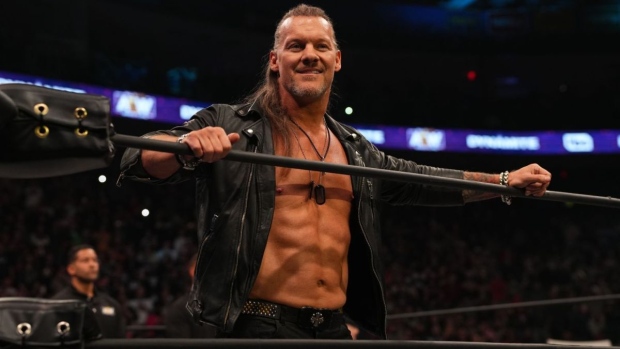 Chris Jericho puts his shot at AEW Interim World Champion Jon Moxley on the line against Wheeler YUTA. Plus, eternal rivals Matt Hardy and Christian Cage face off and the Undisputed Elite make their return. You can catch AEW Dynamite LIVE at 8pm et/5pm pt on TSN2, streaming on the TSN.App and on TSN.ca.

Match for an AEW Interim World Championship shot: “The Wizard” Chris Jericho (w/ Jericho Appreciation Society) vs. ROH Pure Champion Wheeler YUTA (w/ William Regal) – Right now, Chris Jericho is scheduled to take on the man who defeated him for the AEW World Championship in 2020 on Aug. 10 when he meets Jon Moxley for the AEW Interim World Championship at “Quake by the Lake.” But that could change on Wednesday. Jericho is putting his title shot on the line against Moxley’s Blackpool Combat Club stablemate Wheeler YUTA. Should YUTA pick up the victory, he will get the shot at Moxley in Minneapolis. YUTA is heading into the match fresh off of a hard-fought victory over Jericho’s Jericho Appreciation Society associate Daniel Garcia in an ROH Pure Championship match at the Death Before Dishonor pay-per-view last weekend. While Jericho is a multi-time world champion and one of the greatest wrestlers of a generation, YUTA won’t be fazed. Surrounded by Moxley, “American Dragon” Bryan Danielson and ROH World Champion Claudio Castagnoli and under the tutelage of William Regal, YUTA’s vast potential is being harnessed into something tangible and the influence of the Blackpool Combat Club is already evident in YUTA’s work. He’s also been battle-hardened by competing in this past May’s Best of the Super Juniors in New Japan Pro-Wrestling. YUTA is undefeated in singles competition since April. While he’s young and hungry, Jericho’s veteran wiles are seemingly endless. Rarely is Chris Jericho outsmarted and he will need that savvy to get the better of YUTA. These two men are no strangers to one another with the brutal battles between the JAS and the Blackpool Combat Club and Wednesday’s match should be just as hard-hitting. Which man will come out on top?

ThunderStorm (AEW Women’s World Champion Thunder Rosa and Toni Storm) vs. Dr. Britt Baker, DMD and Jamie Hayter (w/ Rebel) – Four women with a ton of history and a great deal of mutual dislike are set to face off on Wednesday night when Thunder Rosa and Toni Storm take on Britt Baker and Jamie Hayter. While these women have wrestled one another in singles matches and other combinations, this will be the first standard tag-team match between the two duos. The rivalry between Thunder Rosa and Baker has been the definitive one of the AEW women’s division and Wednesday night’s match will be the ninth meeting between the two competitors and the first since Thunder Rosa defeated Baker for the AEW Women’s World Championship in March. While Baker would undoubtedly relish getting a victory over her rival on Wednesday night, the match is an important one for her to send a message to the rest of the division that she remains a force to be reckoned with and position herself for another run at the title. Can Storm and Thunder Rosa stay undefeated as a duo or will Baker and Hayter get the better of the champion and her partner?

Matt Hardy vs. Christian Cage – Matt Hardy is all about making amends for the people he has wronged in AEW and that’s why his longtime rival Christian Cage has raised his ire in recent weeks. In Cage’s dealings with Jungle Boy and Luchasaurus, Hardy sees exactly what he was with the Hardy Family Office – leeching off of others and giving nothing in return. As Cage heads for a showdown with his former protege, Jack Perry, he must first take on an opponent he’s faced, perhaps, more than any other in his illustrious career in Hardy. Alongside Adam “Edge” Copeland, Cage did battle with Matt Hardy and Jeff Hardy countless times in the WWE, trading the tag-team titles back and forth on a number of occasions over the years. In singles matches, though, the feud has been very one-sided. Hardy and Cage have met one-on-one seven times over the years with Hardy emerging the victor in all but one of the matches. But that one Cage victory was in their most recent meeting – on the July 14, 2021 edition of Dynamite – with Cage picking up the win with the Killswitch. Will Hardy continue his traditional mastery of Cage or will Cage make it two straight against his longtime foe?

Jay Lethal (w/ Sonjay Dutt and Satnam Singh) vs. “Freshly Squeezed” Orange Cassidy (w/ Trent Beretta and Chuck Taylor) – Jay Lethal and Orange Cassidy are continuing their (un)pleasantries from last Friday night’s Rampage. On Friday, the team of Cassidy, Trent Beretta and Chuck Taylor defeated Lethal, Sonjay Dutt and Satnam Singh in trios action when Cassidy put Dutt away with the Orange Punch. While Cassidy and Lethal have worked in many of the same promotions over the years, this will be the first-ever singles match between the two. Both men are coming off of losses in titles bouts in their last singles match. Cassidy was defeated by Wardlow in a TNT Championship match on the July 13 edition of Dynamite, while Lethal fell to Samoa Joe in an ROH TV Championship match the Death Before Dishonor pay-per-view last month. A win for either man would go a long way into getting him back on track and once again into championship contention. Which man will come out on top?

Dumpster match: The Acclaimed (“Platinum” Max Caster and “The Five-Tool Player” Anthony Bowens) vs. Gunn Club (Colten Gunn and Austin Gunn) (w/ Billy Gunn) – Not only is the bromance between the Acclaimed and Gunn Club over, now things are getting ugly. Was it that the fans have gotten behind Max Caster and Anthony Bowens while they still mercilessly mock the Ass Boys? Was it that Billy Gunn seemed to like Caster and Bowens more than his own sons? Whatever it was, the four men will meet in AEW’s first-ever dumpster match on Wednesday night. The rules are simple. To win the match, you must place your opponents in a dumpster. No, really. Those are the rules. As ridiculous as it sounds, the match should be a heated one. Caster and Bowens feel like they owe the Gunns same payback after they got jumped after their rap battle two weeks ago. Each team would like nothing more than to throw their opponents into the trash and one of these two duos will do just that. Which of these two teams will spend some of Wednesday night in the dumpster?

– Fresh off of his shocking turn on tag-team partner Ricky Starks, Powerhouse Hobbs is in action