550
SHARES
2.5k
VIEWS
Share on FacebookShare on Twitter
SIR COG is one of the most consistent and emerging hip-hop artist. The New Successful Hip Hop Artist is enthusiastic and passionate about his craft. 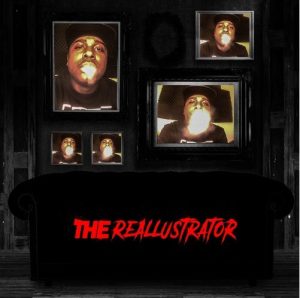 Artist SIR COG is unstoppable in his journey to give his listeners some of the powerful tracks of the genre. With his astounding effort in composing lyrically meaningful and musically powerful songs, the artist showed his consistency in the hip-hop genre. The songs are highly energized by his energy. The vocal power of the artist is unparallel to that of any of his contemporaries. Listening to the songs, it feels like experiencing the best of the hip-hop from his voice. The hip-hop enthusiast has shown his brilliance with every song he has produced.

Moreover, his passion reflected through his songs makes all his compositions complete. The song ‘Don’t Take It Personal Freestyle’ is a very powerful and influencing hip-hop song. The background music of the song is rhythmic and catchy. The electronic beats and the musical arrangement became the backbone of the song. Another song of the New Successful Hip Hop Artist is ‘King S*** Freestyle’ is another powerful performance of the artist. The artist has empowered the song with his enthusiasm and motivation that drive him to compose such amazing songs. The other powerful songs of the artist are – ‘Time For that Free style’, ‘They’re Dependin’ On Me’, ‘Street Creducation Freestyle’, and ‘Still DPGCz Freestyle’. His self-confidence and passion were conspicuous in all his songs.

The most significant characteristic of his songs is his rap. The rap follows poetic techniques and rhetoric. While poetic techniques give his rap a structural perfection. His choice of rhetoric sets him creatively free. The combination makes his rap so perfect that it easily wins the hearts of the audience. So, listen to the songs of the artist on SoundCloud. You can listen to SIR COG on YouTube as well. If you want to know more about him follow the emerging hip-hop sensations on Facebook and Instagram.