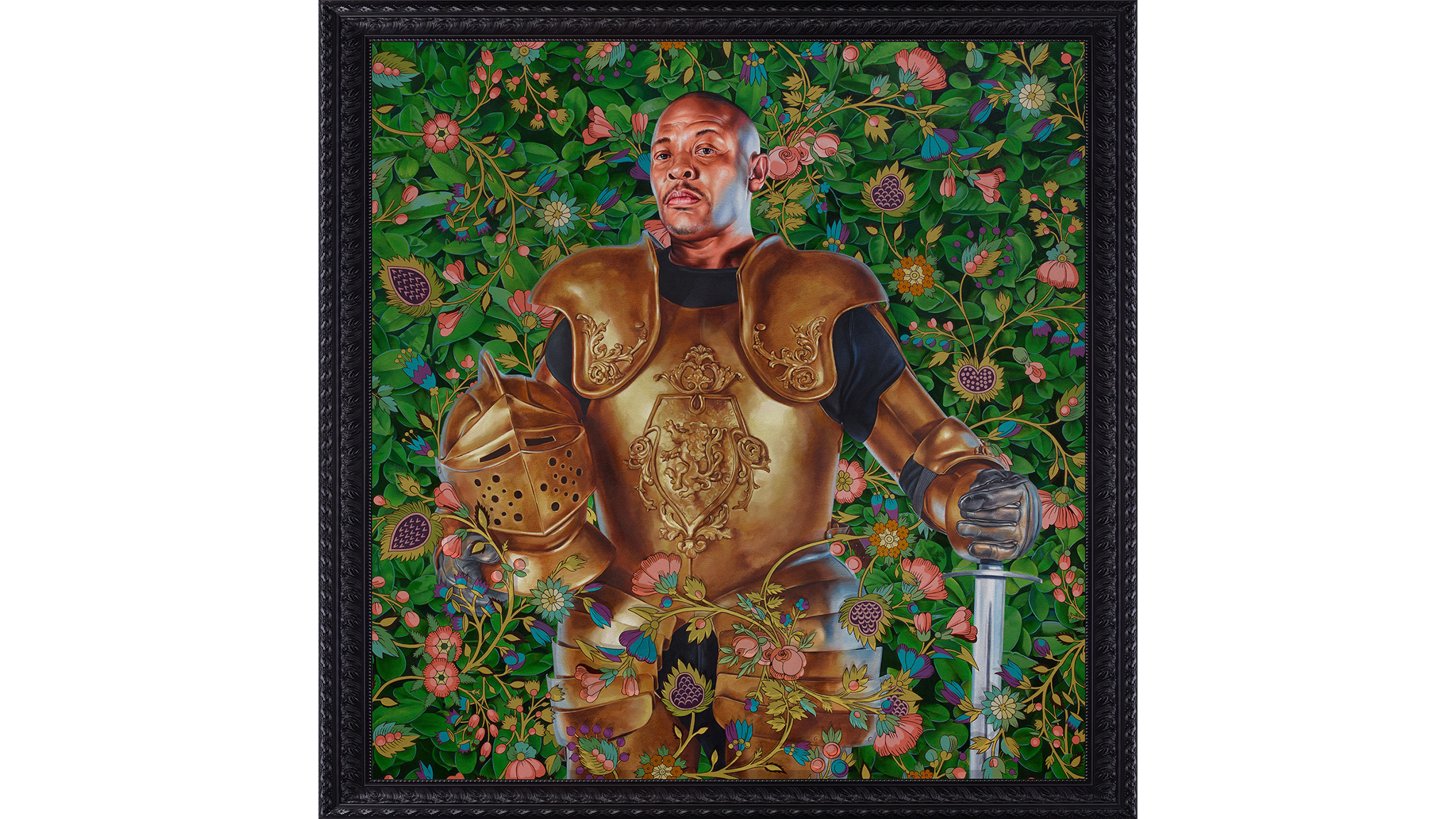 Forget the Coachella lineup: The biggest assembly of names in music is headed to LACMA’s galleries this winter.

On the surface, the show in the Resnick Pavilion undoubedtly reads like an ad for Interscope Records: To celebrate its 30th birthday, the famous Santa Monica label asked 46 artists to contribute pieces inspired musicians on its roster. And after the exhibition wraps up (Jan 30–Feb 13), the pieces will find themselves on the cover of their respective album reissues.

In the first images released from the exhibition, we can see that Kehinde Wiley has bestowed Dr. Dre with a suit of armor; Rashid Johnson has turned Kendrick Lamar’s good kid, m.A.A.d city into a colorfully abstract ceramic portrait; and Cecily Brown has painted swirls of teary eyes to the tune of Billie Eilish.