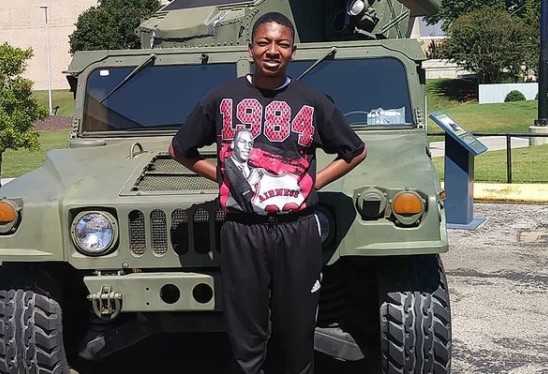 The pioneer of urban hip hop, Gaborade Hooper wants to find a way to connect with the whole wide world and talk about people that matters. He wishes that he doesn’t have to rhyme every time he wants to show what his heart wants. But the world only understands his point of view when he grabs the microphone and loses himself in the spontaneous flow of sheer rapping. The New Jersey rapper Gaborade Hooper presents a quirky idea for the fellow hip hop hustlers in the new single ‘Imposterz’. Even when he curses the government, he doesn’t come close to profanity. This is a powerful hip-hop anthem that will butcher your introspections with his razor-sharp lyricism. He utilizes the popular catchphrases to stay low and close to the group of his millennial fans. He instills smart and syncopated hip-hop rhythms. His words are like metaphoric bullets that are going to wake you up from daydreaming.

The 19-year-old Gabriel Sims takes the moniker to flatter his presence on the new music scene. With the stage name Gaborade Hooper, he signed with Blood Bruddas Entertainment record label to produce exemplary hip hop music. He has met with many obstacles in his life that tried to twist the journey and separate him from the road to success. But he has the soul of a lion, chasing his dreams like a believer. Dealing with epilepsy doesn’t seem like a challenge for the confident rapper. Many people discouraged him and criticized him to pursue a musical career in the creative world for his limitations. But he learned to omit the physical limitations with vigilance and relentless passion for music. He delves into making therapeutic hip hop music for healing the tension among the millennials. He becomes a story of inspiration who thinks that physical limitations are the biggest obstacle in the way of your dreams.

‘Imposterz’ is the latest amazement that he delivered to his fans. His fans have been waiting for a new hit song for a while. It quickly engages the listeners with the addictive hooks and prolific articulation to clearly express his deep-rooted frazzle. The easy-going melodies bolster his story. He blends offbeat tunes with his ruthless rap flow. Check it out on Facebook and on SoundCloud for more banger songs.

Listen to this track ‘Imposterz’, visit the given below link: