Abe the Kid, ISHĒ among artists to open for RiFF RAFF at Westcott Theater – The Daily Orange

Get the latest Syracuse news delivered right to your inbox.
Subscribe to our newsletter here.

As if he were readying himself for a basketball game, Jabari Butler gathers with a few friends and they hype each other up before he takes the stage. Then, the Georgetown University senior takes a moment alone — what he calls his “man in the mirror” moment — to gather even more energy for his electric performance.

“We’ll definitely just get together and, like the idea of a prayer, kind of have a communal wish for the show,” Butler said.

This Wednesday, Butler, whose stage name is Abe the Kid, will be joined by artists ISHĒ, Joe Morgan and the self-titled “secret rap group” Big Boy Gang at the Westcott Theater to open for rapper RiFF RAFF on his tour, “Divorce the Source of Negative Force.” Tickets start at $20 and doors open at 7:00 p.m.

Butler, a senior studying American musical culture at Georgetown University, said he got the gig due to his personal and professional relationship with Josh Feldman, a Syracuse University senior and concert organizer at the Westcott Theater. Not only is Feldman a lifelong friend of Abe the Kid, but he is now managing the rising artist.


From years of friendship with Butler, Feldman said he knows what his friend brings to his performances better than anyone. Feldman anticipates that Butler will exude his usual animated act at the Westcott Theater on Wednesday night, he said.

“He’s a calm guy, then he gets on stage and brings this whole energy that you would never expect out of him,” Feldman said.

Butler said he is planning on soaking up as much information as he can while watching RiFF RAFF, a more tenured performing artist, perform. Whether that is observing RiFF RAFF’s interactions with the crowd or speaking to the rapper about his life, Butler said he is hoping to acquire knowledge he couldn’t get elsewhere. 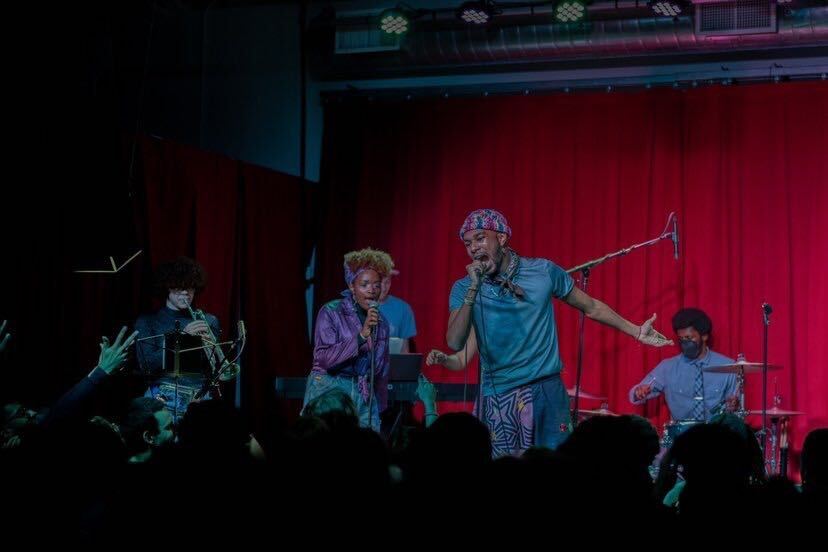 Abe the Kid hopes that opening for a nationally recognized artist like RiFF RAFF will push him to expand his creative horizons. Courtesy of Fax Victor

Due to the popularity of artists like Butler, who has previously performed at the Bedford and the Harrington in Syracuse, or ISHĒ – a Syracuse University senior known for his soulful R&B music – Feldman said that concertgoers may be more inclined to see the opening acts rather than headlining artist RiFF RAFF. He said this is a running joke between the performers and his friends.

Although RiFF RAFF may not have a plethora of accolades for his music, his larger-than-life persona, which can be seen in videos of him online, is pushing the opening acts to further their creativity and expand their artistry when on stage.

While Butler is excited to pick up tips from RiFF RAFF during the show, ISHĒ is just as excited about the venue as he is the headliner. He said performing at the Westcott Theater, recognized as a staple of Syracuse’s live music scene, is something that will bring his energy up.

“The Westcott is iconic for Syracuse because it’s such a synonymous venue for the city,” ISHĒ said. “I’m very excited to perform at the Westcott. It’s gonna be great.”

ISHĒ understands that opening for RiFF RAFF will be quite a different experience for him, the SU senior said. Although he has performed at numerous venues with different artists across Syracuse, the SU senior is particularly excited for the opportunity that being an opener for a bigger show presents.