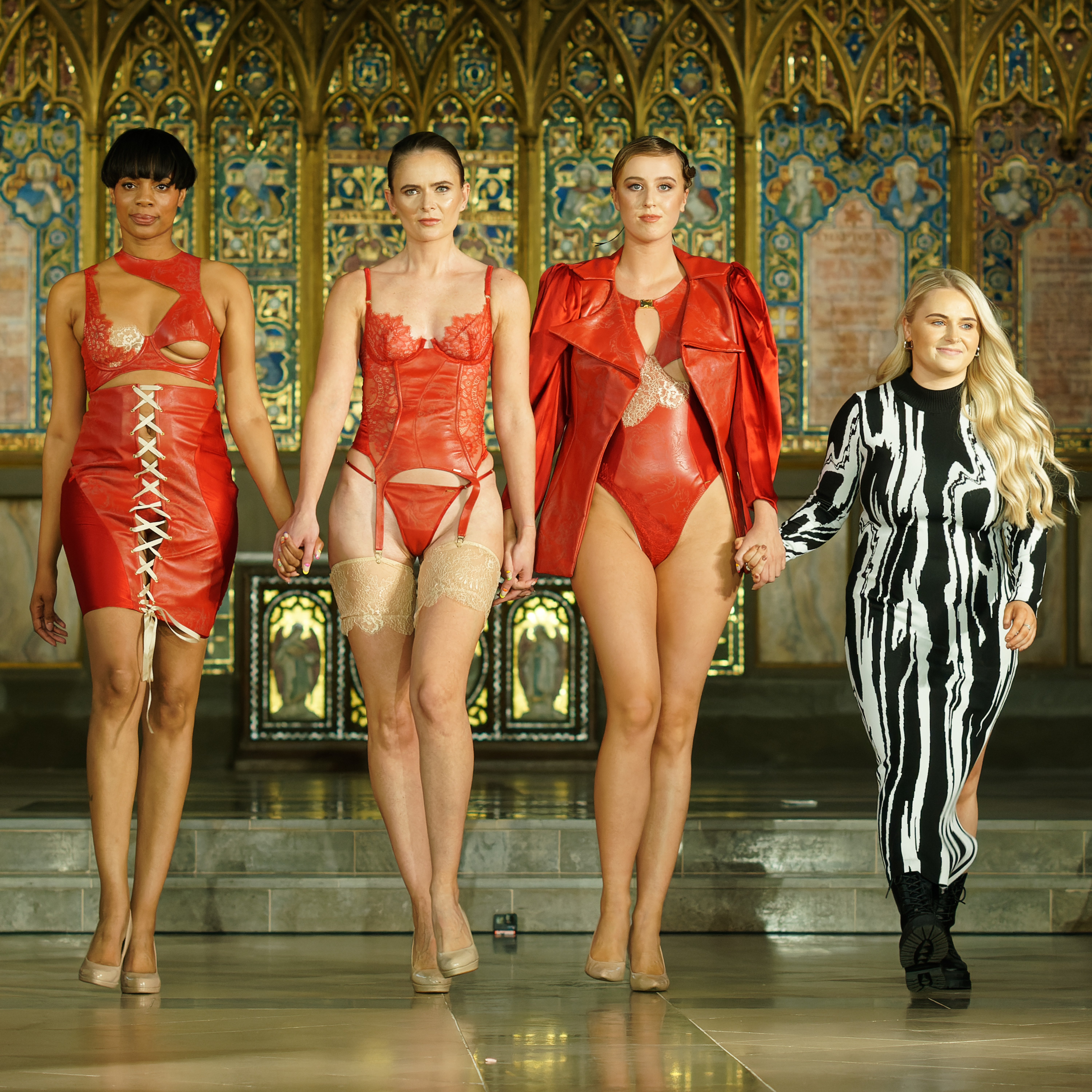 Radiqal Tat’s plus-size collection was brought to life as plus-sized models owned the catwalk strutting down the runway. Shokushu Boutique enticed guests with its signature latex fabrics and cute and colourful twist.

Followed by UNIQUE whose effortlessly elegant and feminine collection made for an easy-to-wear style.

The six-piece collection ‘God’s Creation’ by Irish designer Jana Simone was inspired by her upbringing and her surroundings adorned with religious features used embroidery and had a great variation in textile design and finish.

Elegant non-fetish luxury leather lingerie, with touches of silk and lace, was introduced by Elisha Quarman. The print engraved on the lingerie was a continuous line drawing inspired by the curves of the Chinese dragon.

Birmingham-based Kaffa Mockbill then closed the show with red-carpet-worthy couture gowns and finished with a spectacular bridal dress ending with a standing ovation for the designers and the show.