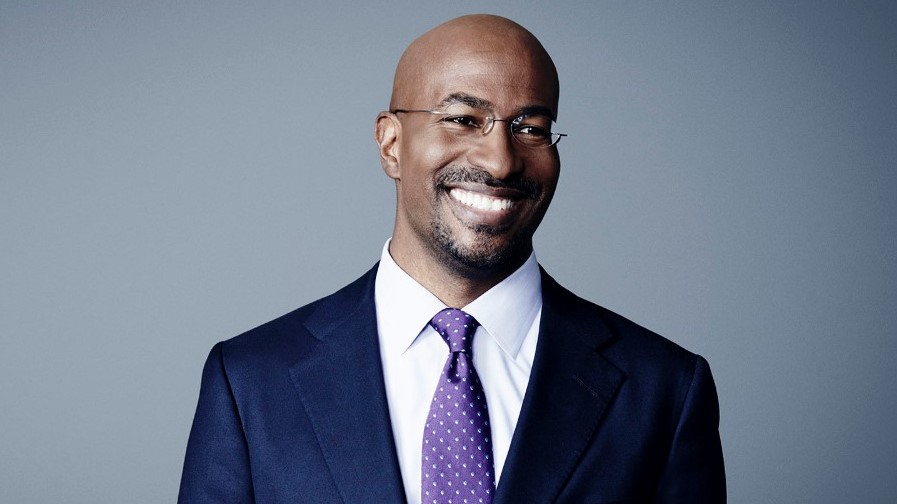 Van Jones, CNN political commentator and founder of Dream Corps, is looking to provide Americans exhausted by bitter partisan fighting a breath of fresh air — and hope for the future — with his new podcast.

The former Obama adviser is gearing up to launch “Uncommon Ground With Van Jones,” a weekly interview podcast from Amazon Music. On the show, Jones and his guests will explore topics including climate change, prison reform, voting rights and “cancel culture” with an eye toward finding a way forward instead of assigning blame.

“I really feel that the uniters need a platform,” Jones said of the new podcast. “The dividers are getting way too much airtime and attention. People who have positive, constructive ideas are being drowned out.”

Jones believes there’s a huge untapped market for “constructive solutions and giving people guidance and inspiration to get through this period.”

The first two episodes of “Uncommon Ground” (featuring Andrés and Chopra) will premiere Oct. 27 on Amazon Music (available at this link), as well as Amazon’s Wondery Plus and other major podcast platforms, with new episodes to be released each Wednesday. The show is produced by Wonder Media Network and Jones’ Magic Labs Media.

“I talk to people on all sides of the political spectrum,” Jones said. “They all say the same thing: They are tired of having people yell and scream at each other. Listen, there’s a bunch of issues that we can make real progress on if the temperature wasn’t so toxic.”

The first several guests on “Uncommon Ground” will be people who “come from a humanitarian place,” said Jones. Eventually, the show will build up to having more partisan voices.

About the right-left divide in American politics, Jones commented, “You have two sides that are afraid of each other, and are increasingly talking about each other and not to each other, and that’s dangerous for the whole country… I want to use the podcast to create a space for dialogue and understanding — even as we know some of these conflicts are going to have to play themselves out.”

Why isn’t Jones launching the podcast with CNN? “You know, I was just excited to have a chance to work with Amazon,” he said. “I like to learn from lots of different kind of people.” He added that he has some upcoming digital projects with CNN in the works.

About podcasts in general, Jones said, they’re a more intimate medium than live TV or radio; in a live broadcast, he said, “it’s really challenging to communicate emotionally complex and socially nuanced ideas.”

“I fully expect my listeners to have podcasts that are more partisan,” he said. “I just want everybody to have one podcast in their queue that offers hope and solutions.”

In addition to regularly appearing on CNN, Jones has been a leader for social change. Among other initiatives, he has founded and led not-for-profit organizations including Rebuild the Dream, which promotes innovative policy solutions for the U.S. economy; Color of Change, which offers training and guidance on issues related to racial equality and fairness on behalf of communities of color; and Green for All, dedicated to jobs training in the green sector with the goal to help lift people out of poverty. In 2014, he founded #cut50, a bipartisan campaign to reduce the prison population by half within 10 years.

Jones in 2015 founded Dream Corps, dedicated to criminal-justice and prison reform; the organization’s programs include Green for All, dedicated to creating eco-friendly jobs to address problems of poverty and pollution. In 2009, as the green jobs adviser to President Obama, Jones oversaw an $80 billion dollar investment in clean energy jobs.

Listen to the trailer for “Uncommon Ground With Van Jones”: