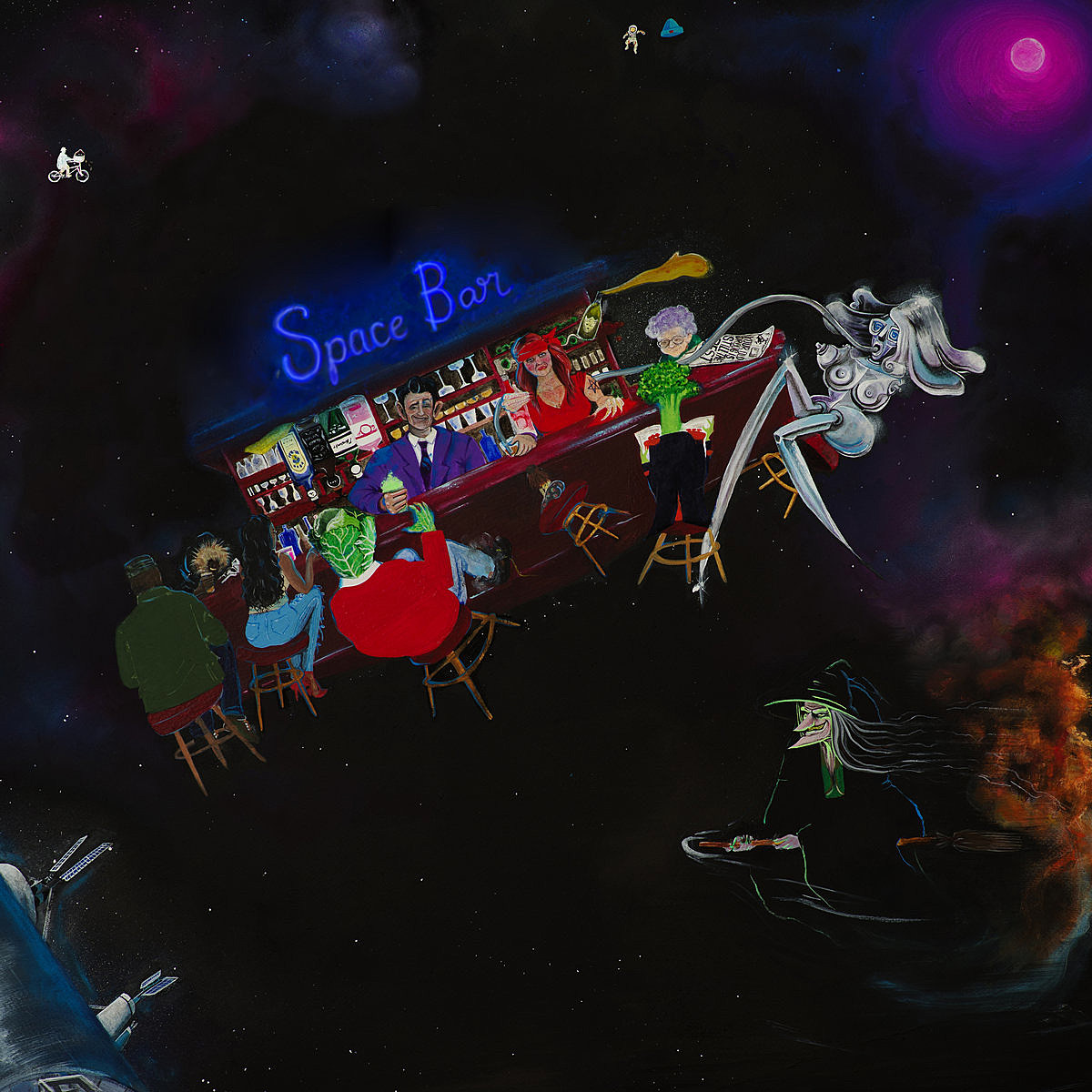 Earl Sweatshirt is back with his first new sing over a year and you can read more about it here.

Rico Nasty teams with Flo Milli and producer Boys Noize for this new rap banger, which you can read more about here.

Prolific New York rapper Your Old Droog follows recent single “Yuri” with “Meteor Man,” which finds him teaming up with two very different staples of the hip hop underground: Lil Ugly Mane and billy woods. Both songs will appear on his new album Space Bar, due November 29 via Nature Sounds.

R&B/neo-soul great Maxwell has announced his first album in six years and shared lead single “OFF,” which you can read more about here.

Freddie Gibbs has been rolling out singles as he gears up for his first album for Warner, and today he returns with a new one, “Black Illuminati,” which you can read more about here.

Saba has shared a new single off his upcoming album Few Good Things and revealed that the LP comes out February 4 via Pivot Gang. Compared to the funky previous single “Fearmonger,” this one finds the Chicago rapper focused on incisive lyricism.

Montreal producer Kaytranada has put out a new three-song EP with very cool guests on each song: there’s the thumping R&B of “Intimidated” (ft. H.E.R.), the glitchy soul of “Be Careful” (ft. Thundercat), and the electro-avant-rap of “$payforhaiti” (ft. Mach-Hommy).

R.A.P. Ferreira will release a new album on Black Friday, and you can read more about lead single “East Nashville” here.

Buffalo rapper Che Noir will put a new album out this December, and you can read more about lead single “Praises” here.

After Drake leaked it, Kanye has now officially released the Andre 3000-featuring “Life of the Party” on a new expanded edition of his 2021 album Donda.

UK rapper/singer Kojey Radical is gearing up to release a new album in 2022, and it’ll include new single “Gangsta,” which is a touching ode to his mother that bounces between hard-hitting rap and jazz-infused soul.

Italy-via-Dominican Republic Latin pop singer Yendry (of Materianera) has been on the rise as a solo artist, and now she’s got a new song with J Balvin.

WILLOW has released a new remix of her very catchy, Travis Barker-aided pop punk song “t r a n s p a r e n t s o u l,” and this new version breaks from the pop punk for an acoustic bridge with guest vocals from Kid Cudi.

Morray has become one of the brightest new voices in the soul/rap crossover moment, and Benny the Butcher is one of today’s finest torch-carriers for ’90s-style East Coast rap. Their styles comes together on “Never Fail.”

Isaiah Rashad has released a deluxe edition of The House Is Burning, and one of the bonus tracks is a remix of “RIP Young” with veteran Memphis rappers (and brothers) Juicy J and Project Pat.

Wreckage Manner is the new project of The LOX’s Styles P and Mobb Deep’s Havoc, and their self-titled debut album comes out December 3 via MNRK. First single “Nightmares 2 Dreams” is cut from the classic ’90s New York rap cloth that these two helped define.

DJ Harrison is releasing a new album, Tales from the Old Dominion, on December 3 via Stones Throw, and new single “Cosmos” is a psychedelic rap song with guest lead vocals from Pink Siifu.

Soul-trap trailblazer Rod Wave is back with a new song, and this one finds him interpolating “Hey There Delilah.”

Kali recently followed breakthrough single “Do A Bitch” with the equally great “MMM MMM,” and now that song has a new remix with two big guests: Latto and Moneybagg Yo. Their verses make an already good song even better.

Mount Vernon, NY rapper Loopy Ferrell will release his new album In The Loop We Trust, Vol. 1 in December. It includes songs with G Herbo, Asian Doll, and Benny the Butcher, the latter of whom is on new single “Back Door.” Fans of gritty, classic-style New York rap, don’t sleep on this one.

Ibeyi, the duo of Afro-Cuban, French twins Lisa-Kaindé and Naomi Diaz, are gearing up for their third album, which is expected in 2022. Most details are still TBA, but first single “Made of Gold” (ft. UK rapper Pa Salieu) is out now, and it’s a very promising first taste.

Leon Bridges has just released a deluxe edition of this year’s Gold-Diggers Sound, and it includes this lush, soulful collab with the great Jazmine Sullivan.