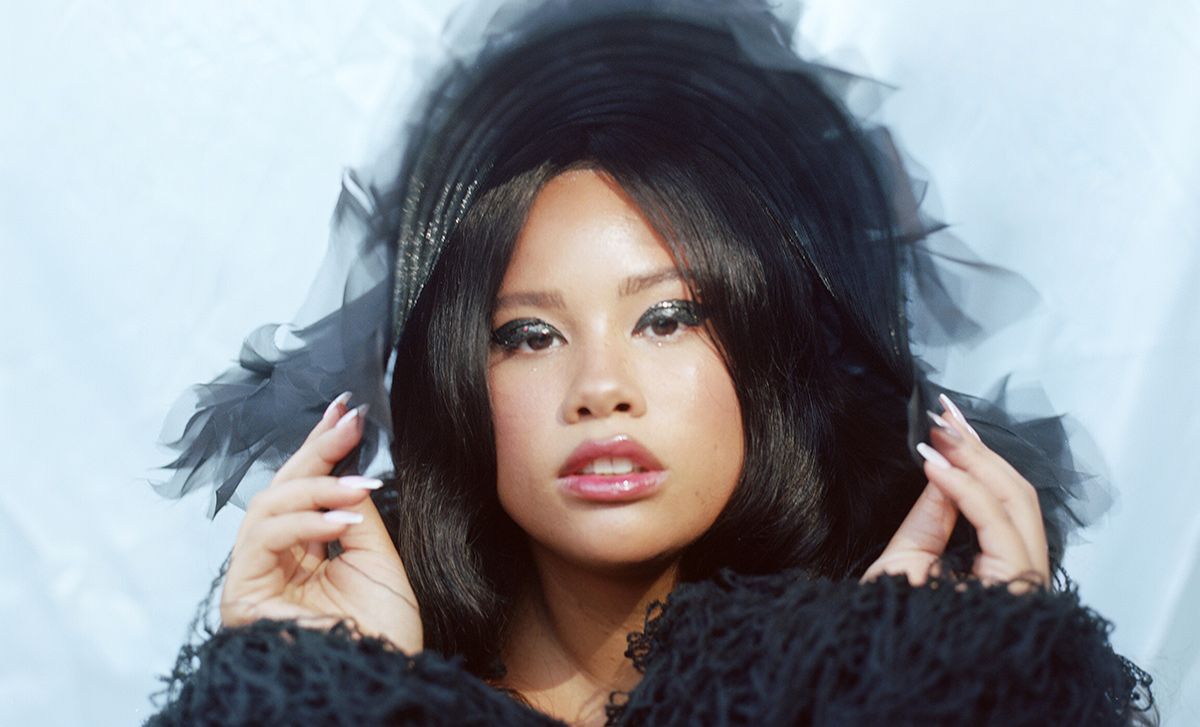 Let’s face it: the melodic trap that dominated the 2010s now feels more and more one note, with its safe predictability not really chiming that well with a chaotic planet just a tweet away from WWIII. The idea that prescription pills will continue to provide a psychedelic playground for emo rappers to experiment with also feels outdated, especially after the untimely deaths of Mac Miller, Lil Peep, and Juice WRLD.

Rap is primed for a new kind of energy that will help it evolve for the 2020s, an era where the noise of technology will only get louder, the Western world’s swing to the right will create further social instability, and Kanye West may or may not return from the sunken place.

Therefore, we’ve taken a look at ten rappers coming up with the brightest new voices, each emcee more than capable of shifting hip-hop culture in a fresh direction or writing the escapist soundtrack that could end up defining the decade ahead of us. These artists all share an unpredictable spark that should excite you just as much as it excites us.

As addictive as the substance that makes up his name, Chris Crack’s self-effacing raps worm their way into your brain and refuse to leave. He processes pop culture with a hilarious subversion, not criticizing Trump’s wall because it’s racist, but from the perspective of a dealer upset that it’s “interrupted the flow of my customers.”

Whether it’s men not caring about their partners having an orgasm or the idea dope fiends might replace crack with veganism, the Chicago rapper manages to locate surrealistic humor in some pretty dark places, and his prolific work rate (in 2019, he dropped five albums), along with the fact he’s currently in the studio with the legendary producer Madlib, will ensure his voice only gets bolder.

Jayaire Woods was a bad fit for Atlanta label Quality Control Music, with the rapper far more interested in exploring his imperfections than pushing the kind of indulgent, empty bravado that label tends to prioritize. But now the two have parted ways, and Woods is free to sing the blues without having to worry how his unique brand of introspection might play out in the city’s strip clubs.

On his brilliant new album Life Is Grand, Woods takes you into the fragile psyche of a young black male, reminiscing on friends that have died way before their time. His ego sounds brittle, and Woods clearly isn’t afraid to show off his scars, aware that each one represents a different life lesson. He’s learning how to become a better man on every song, and this feels fresh for a culture still weighted so heavily down by toxic masculinity.

With her knockout guest verse on Ashnikko’s TikTok smash “Stupid,” as well as a well-received debut, Girls, it was a strong breakout year for Yung Baby Tate in 2019. Her music implores women to own their sexuality and lean face first into goofiness, while her fast-tongued rapping style and penchant for audacious bars (“I’m meaner than Regina / Bitch you just a penis”) recalls an early Nicki Minaj.

Most impressive is the fact Tate produces all of her own music. With this level of creative ownership, it ensures she can control her own narrative and widen her imagination to even nuttier heights that aren’t caught up in anybody else’s shadow. Tate knows how to make you smile, and right now that feels especially important.

Los Angeles rapper and producer Baby Keem bottles the joy of being young and fearless. Still just 19, Keem’s playful subject matter might not extend too far beyond drug and sex talk, but his vocals are delivered with such variety and charisma that it’s hard not to get lost in songs like “Orange Soda” and “Moshpit,” particularly the latter with Keem’s repetitive battle cry of “I am 50 Cent.”

His youthful exuberance draws you right into his world and this, combined with his versatile, head-thrashing production (Keem produced the brilliant “Numb Numb Juice” for ScHoolBoy Q), suggests we’re dealing with a real talent who will only keep growing as a rapper.

A philosopher for a generation more aware of its mortality than ever before, Mavi’s dreamy raps explore what’s lurking behind the id. There’s an insightfulness to his lyrics that recalls an artist like Lupe Fiasco, but the way his unorthodox flow intricately builds only to later unravel shows Mavi is just as happy exploring dead ends as he is in finding answers.

He takes the druggy swirl of SoundCloud rap, but adds far more color (on “eye/i” and “i/nation,” Mavi raps: “Had to knock the lining out her ribs to let some love in there”) to it, and it isn’t hard to imagine Mavi occupying an Earl Sweatshirt kind of lane. He’s an inward-looking poet, capable of transporting you somewhere otherworldly; sounds kinda wonderful rn, doesn’t it?

The juxtaposition of Pop Smoke’s gruff New Yorker vocals over the 140 BMP venom of UK drill makes him a fascinating prospect, and any artist capable of binding these two very different cultures together in a way that isn’t jarring is the kind of risk-taker you shouldn’t underestimate.

The new king of Brooklyn drill oozes star quality and his rapid freestyles show he’s just as inspired by the technical rapping prowess of Kool G Rap as the cocky, distorted howls of Chief Keef. Pop Smoke could just be the one to restore New York to its former glory.

Opening with the sound of a blood-curdling scream that then descends into a possessed dancehall gem, Shygirl’s breakout single “UCKERS” is about taking the sheer noise and obnoxiousness of social media and translating it into something people can actually dance to. She seductively raps about sex, flipping the male gaze on its head, and making it clear that once you enter her world, you’ll never be in control.

Her music has a genre fluidity that recalls early Azealia Banks, and if she continues to experiment with her rapping, she could easily establish herself as one of the genre’s most unpredictable stars. If you thought 21 Savage sounded sick doing whisper raps then just wait until you hear Shygirl.

Not many emcees would have the balls to aggressively freestyle over cheesy ’80s European synth pop, but Master Peace isn’t interested in sounding like his peers.

Making music that gives off the impression he’s personally offended by the idea of genre lines, Peace moves from slurred stoner raps to blokey pop punk (new single “Night Time”) at a speed that only adds to the idea that he’s a true British eccentric. The UK is in desperate need of an ascendent emo rapper, and Peace looks destined to jump into that spot.

Ralfy the Plug (brother to the brilliant Drakeo the Ruler) has a darker take on hyphy music, with the endearing artist unafraid to take the West Coast somewhere absurdist.

He weaves in and out of the beat like Neo trying to dodge bullets, using bizarre metaphors (including the pledge “to go donkey” if an enemy “trips in the club”) that instantly put a smile on your face. Just like his brother Drakeo, Ralfy is creating a new language for West Coast gangster rap, and if he can stay out of trouble, he could end up being E-40’s successor.

This Detroit native possesses a down-to-earth humility that makes his hard-nosed storytelling raps feel like they’re always coming from a place of truth over fiction. Take a song like “Start This is Over,” where Ray nonchalantly boasts about not calling a girl who gave her his number in a conversational flow, which speeds up and slows down at will. The beat flickers in and out of life as Ray becomes more or less invested in his storytelling, and it truly feels like you’re on the phone with a rambling friend.

He’s the kind of rapper who believes the beat should work with him and not the other way around, but the pure gall of his delivery ensures it all somehow works. This is a voice that will travel a lot further than the Motor City, trust me.